Deep in the NW Pacific Ocean Join Date: 2016-04-14 Member: 215773Members
April 2016 in Ideas and Suggestions
I posted these in a general discussion post, then realized this is probably the better place. 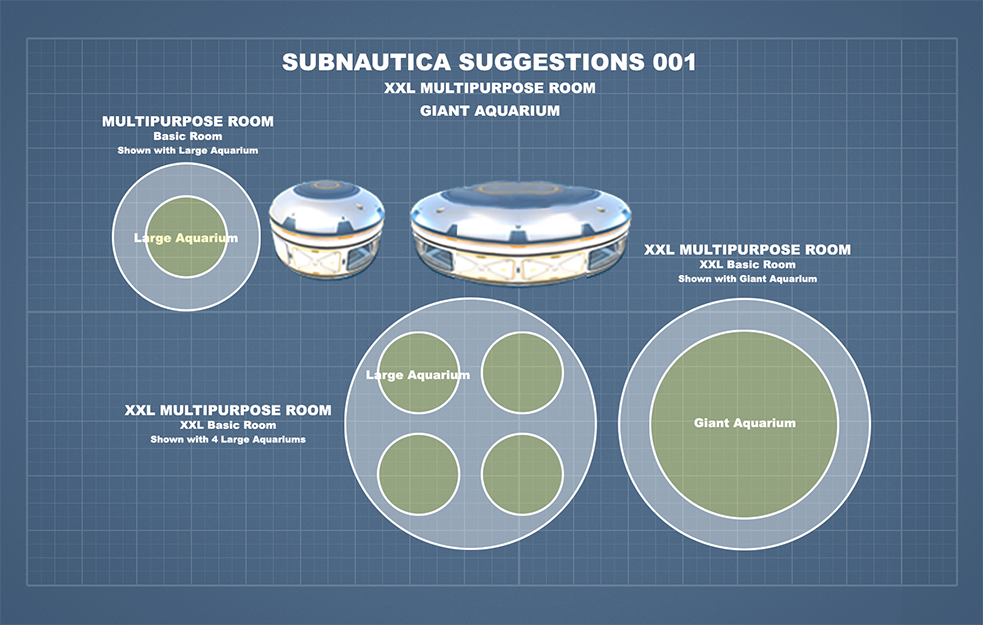 Suggestion #2:
The ability to build at 45° angles off the multipurpose rooms (not just the current 90°) along with an added 45° corridor would be fantastic. Building at a 45° or diagonal would vastly increase the variety of building options, design elements and esthetics of ones undersea base. Angle construction would allow for a huge variety in large and small sea-base designs. Additionally, this diagonal construction would allow for one to build around and preserve Iconic and beautiful natural undersea fauna and terrain, and would be very alien-eco-friendly. See examples below: 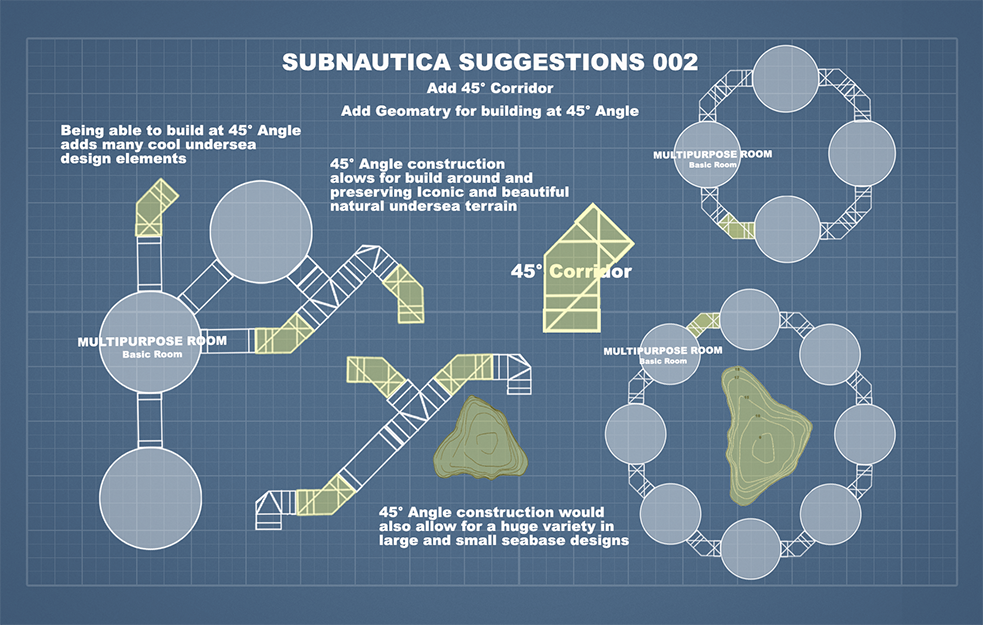