(I left my keys in the Neptune Escape Rocket when I was trying to get stuff for my time capsule)Members Join Date: 2018-04-23 Member: 240271Posts: 106 Advanced user
May 2018 edited October 2018 in Subnautica General Discussion
I haven't watched many videos, so, sorry if I missed something, but one of the Subnautica devs (@Flayra) posted something on twitter about a space station known as "the Vesper." This is what he posted. 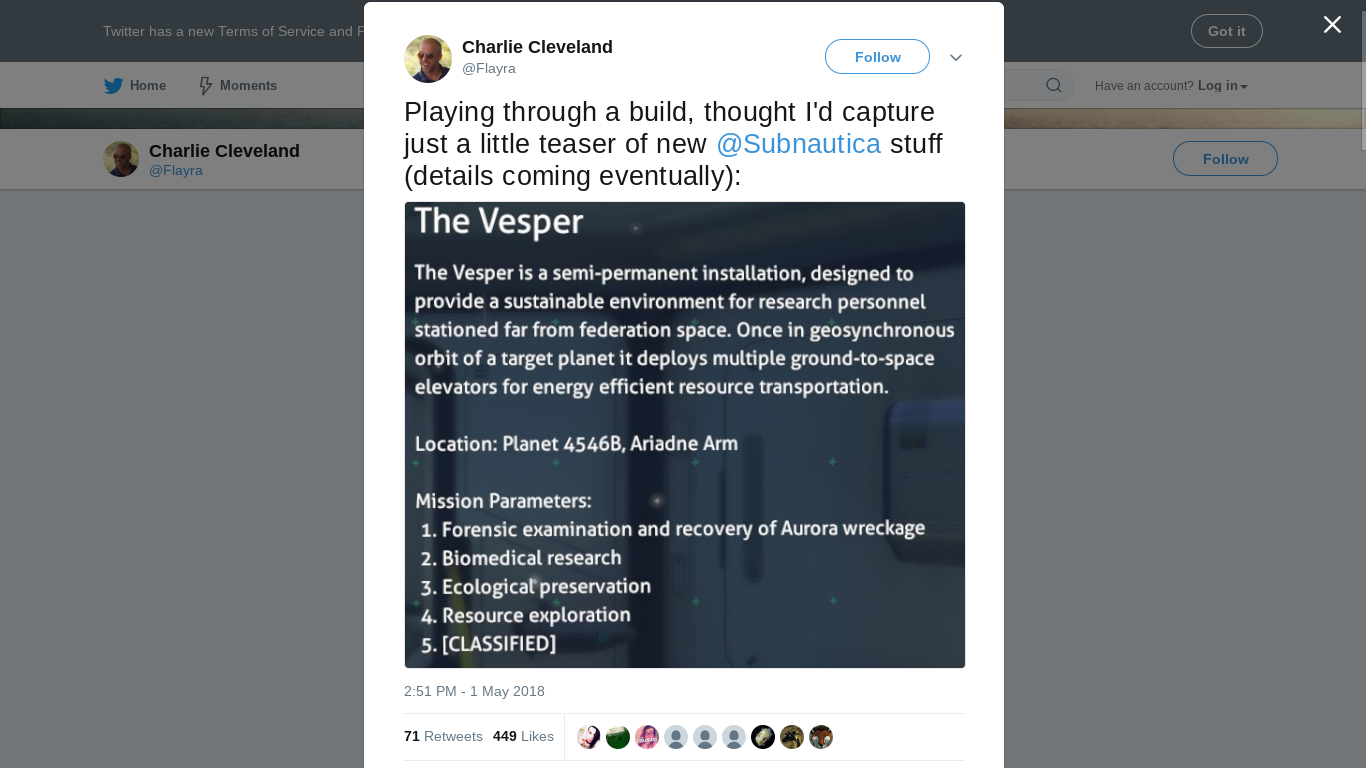 Now, I know that this might already be out of date (they have already replaced the "space elevator" with a rocket) but, what are your thoughts about it? How would it be implemented, and what would it be used for?
Post edited by VectorMaster22 on October 2018
Thank you all for this wild ride life has been.