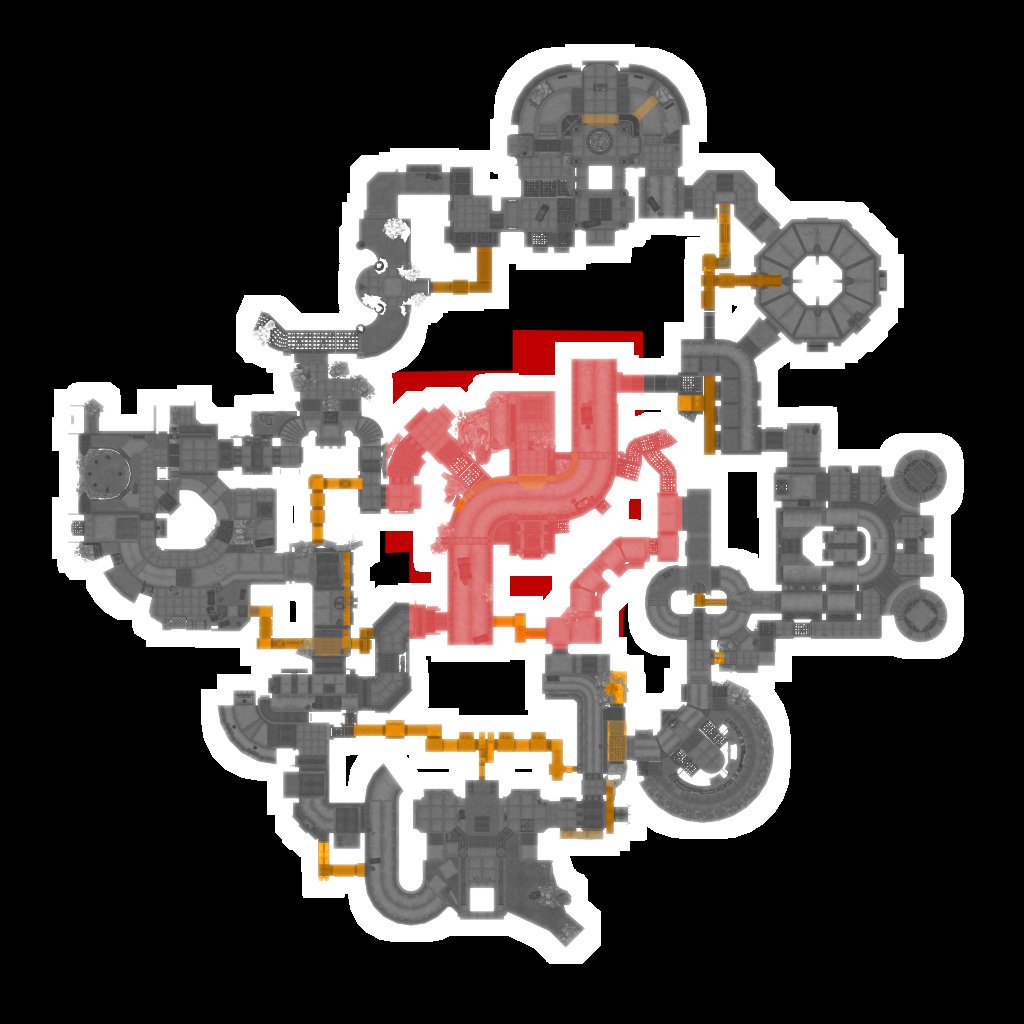 The idea is to mark the location on your minimap you are in at that moment.
(Someone feel free to link the original thread and original image/gif, which showed the idea perfectly)

It's not easy to do according to our modders and there are probably different methods to approach this.
Here is my idea:
-Make a separate locationname.tga for each location of the map (same resolution as overview.tga and they have to have the exact same position in the .tga file)
-Put them all into ../ns2/maps/overviews/mapname (so there is no mixups and chaos between different maps' locations)
-When a player is in a certain location and activates minimap, use that locationname.tga, put it on top of the minimap image and use some color modifier to highlight it (If that isnt possible, one could also dye each locationname.tga with a highlighting color, but this is more work and less flexible on the highlighting part)

I prepared this for Summit, if anyone wants to have a take on it, check out the attached file.
It includes a .tga for each location in Summit and the .psd I used to create them.
Please put the ns2_summit folder including the .tgas into ns2/maps/overviews/ ..so we can have an overview folder for each map

If this works out and ppl like it, there is probably the possibility to modify the overview.exe to create these additional .tgas during map-building.
"Just" have the overview.exe render the overview limited on only the area of each location entities and spit it out as locationname.tga in the mapname folder.