My creature fanmade concepts for next DLC - and more!

Poland Join Date: 2019-05-06 Member: 252756Members
May 2019 in Ideas and Suggestions
I'm working on fanmade concept arts for Subnautica, and have a lot, lot of ideas... It would be great if some of them would be used in the future

My imagined DLC of Subnautica is called "Into the Abyss" or similar. Main megabiome would be great Green Lagoon, and there would be few smaller biomes:


- Sandy Islands - something similar to islands from Subnautica, but more flat and sandy (like Maledives).

- Warm Meadows - great underwater meadows with green grass, dolphins, crabs and many other species (like Everglades).

- Spiky range - great mountain range, formed by fossilized remains of gigantic, ancient creatures. I'll love to see something like this in Subnautica!!!

- Giant Sponges Zone - area with a lot of sponges, small, medium and giant. Player can swim through the holes in them like in the caves.

- Blue Holes - it's actually something that appears on our planet, you can google it

I think it would be entrance to big cave systems or the Abyss.

- Abyss - something like the Void, but with more life. Very dark and creepy biome. There would be lot of strange invertebrates, anglerfishes and leviathans.

- White Coral Reef - zone with gigantic, white corals with many holes (player can swim through them).
-

Now, some of the first concept arts: 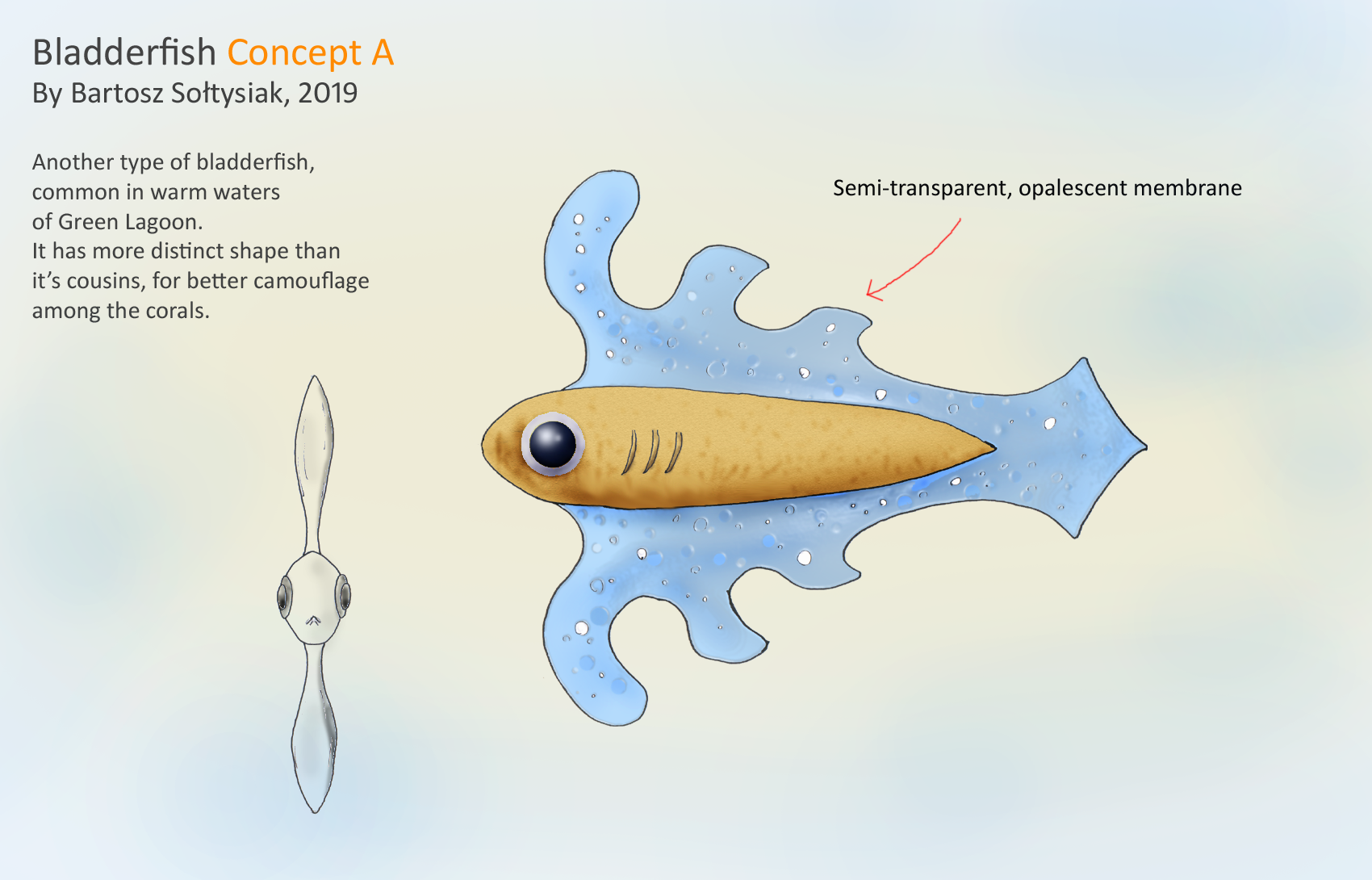 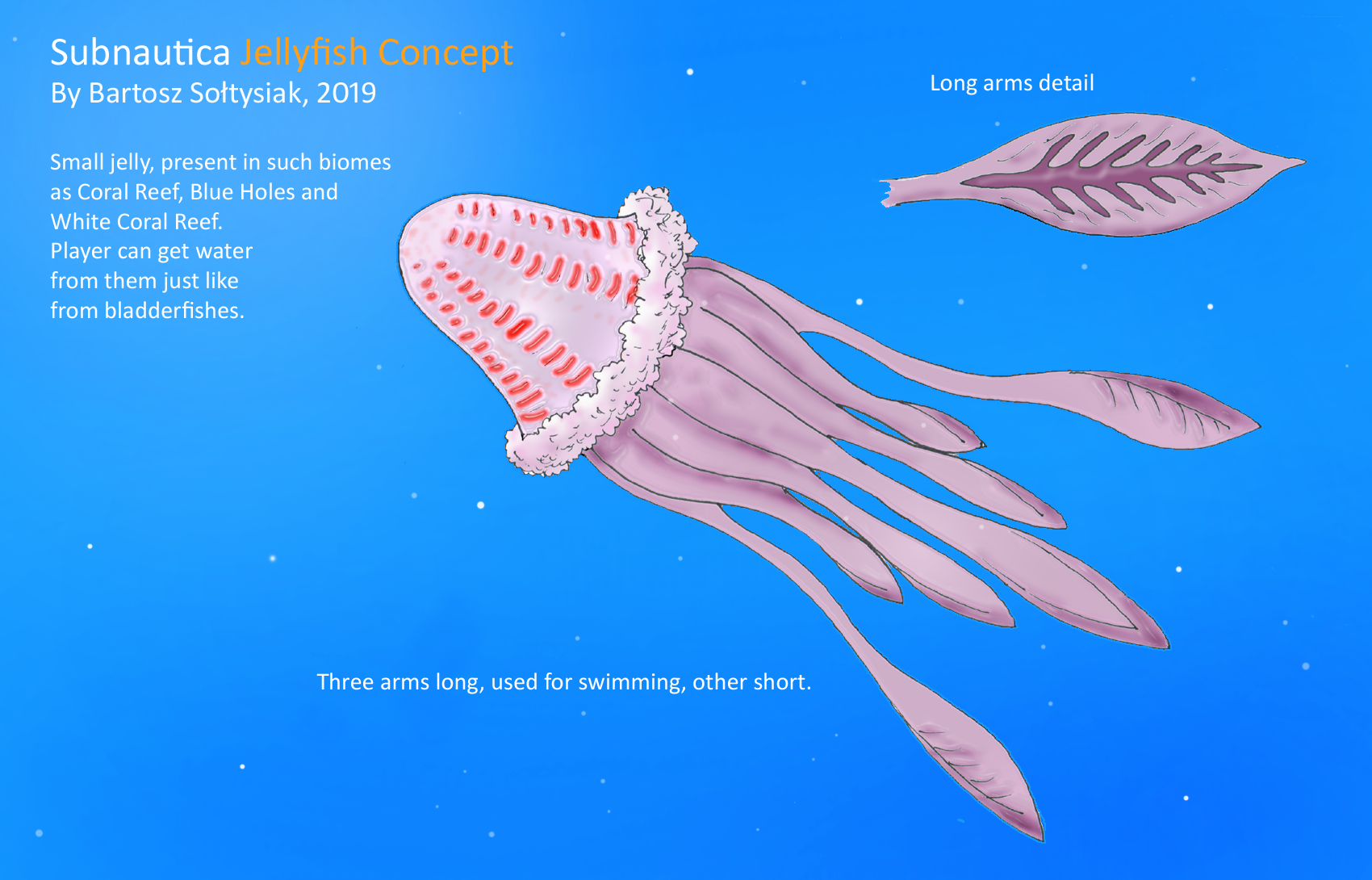 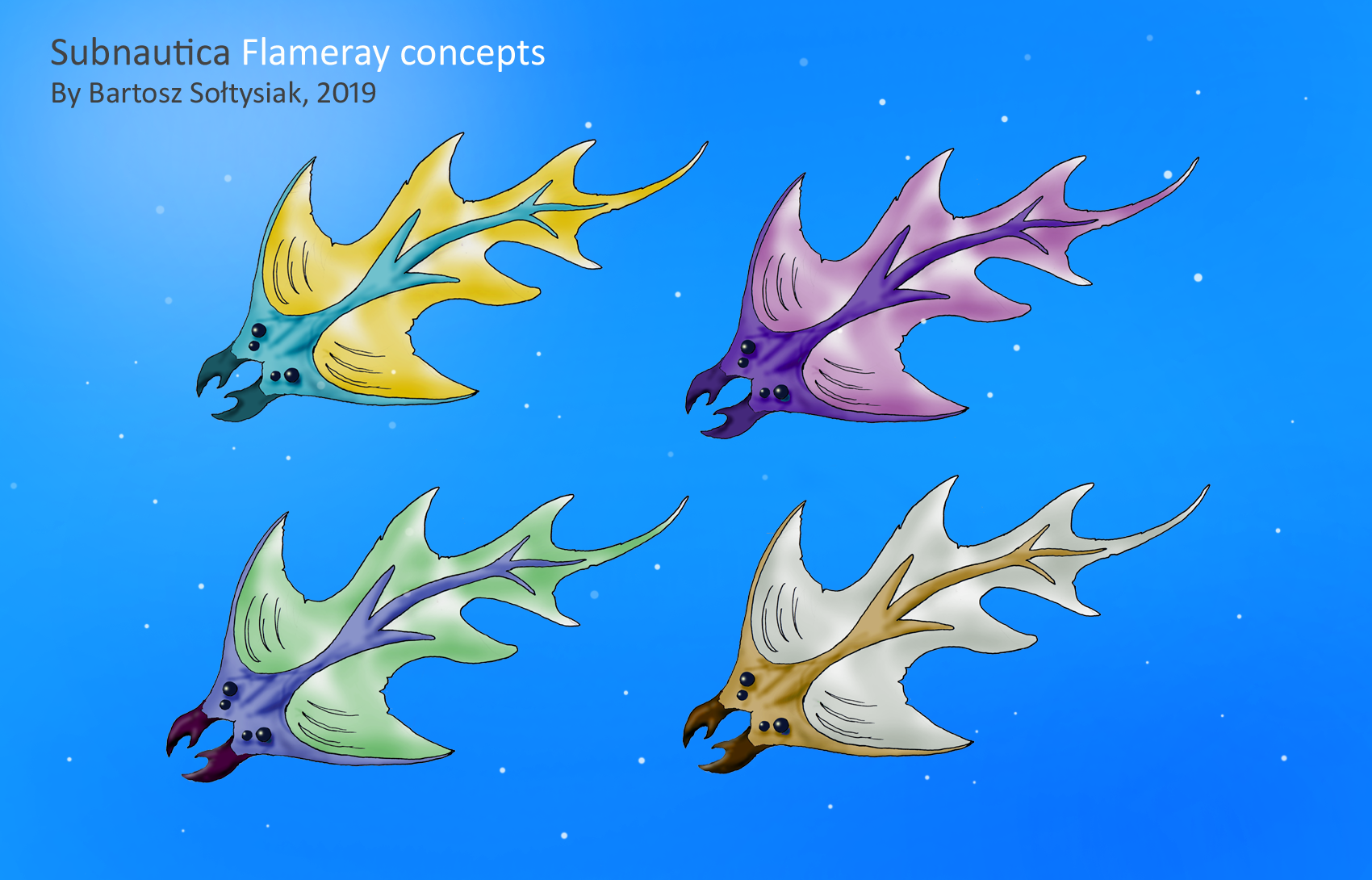 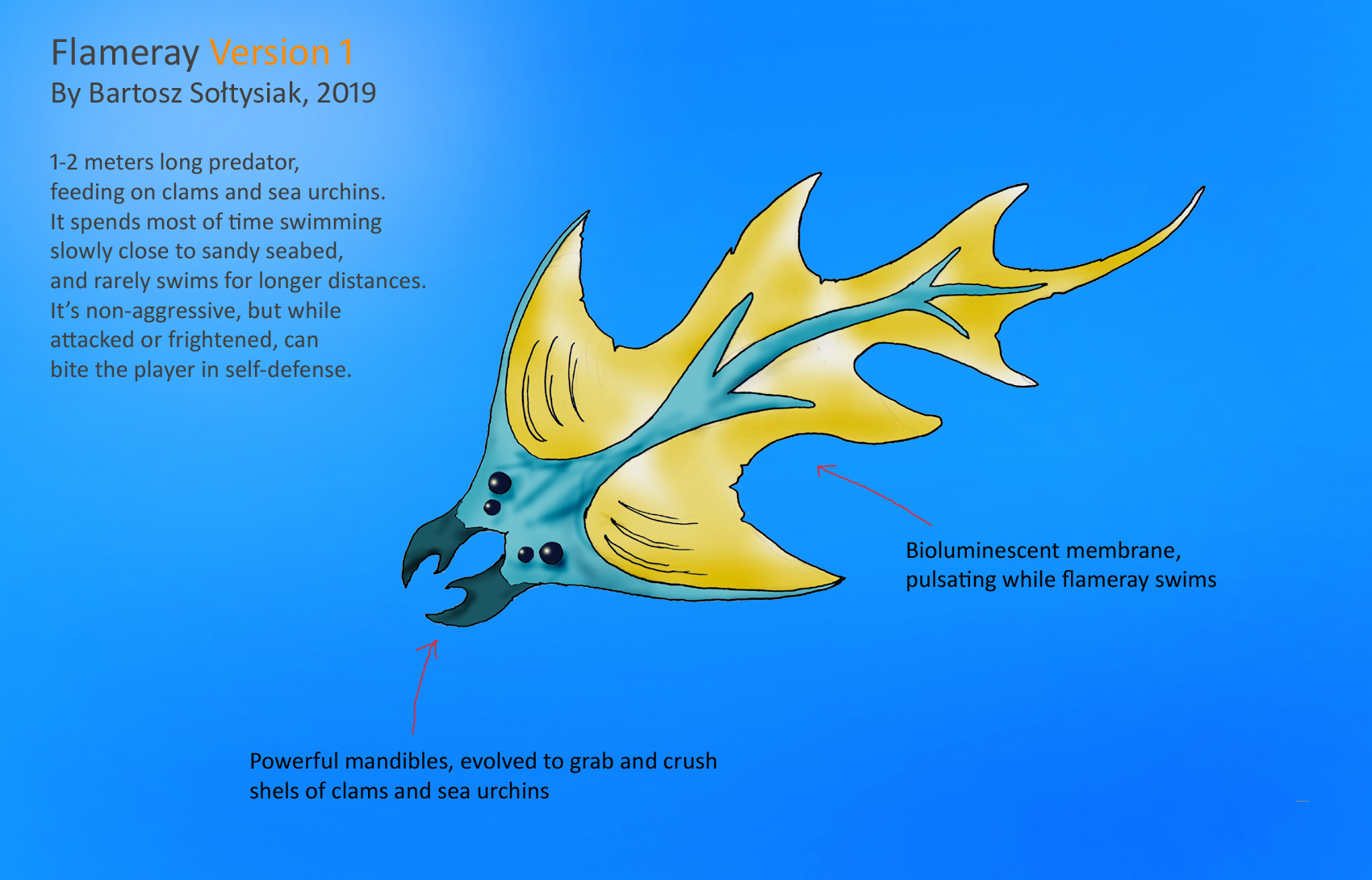 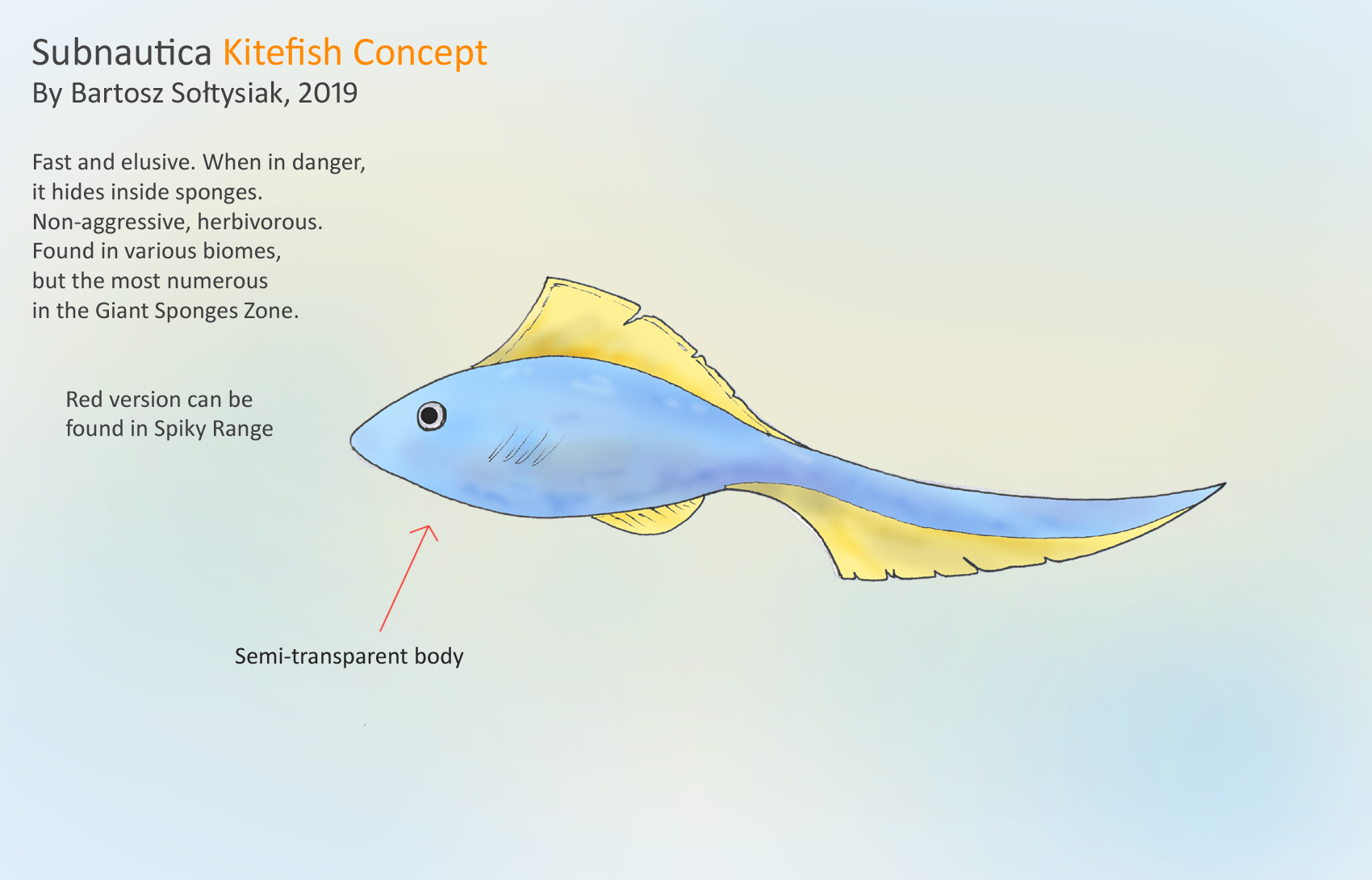