Join Date: 2015-12-31 Member: 210696Members
September 2018 in NS2 General Discussion
Beware critisizing certain aspects of this game such as dlc you might get permanantly banned by UWE. I got banned for voicing an opinion. 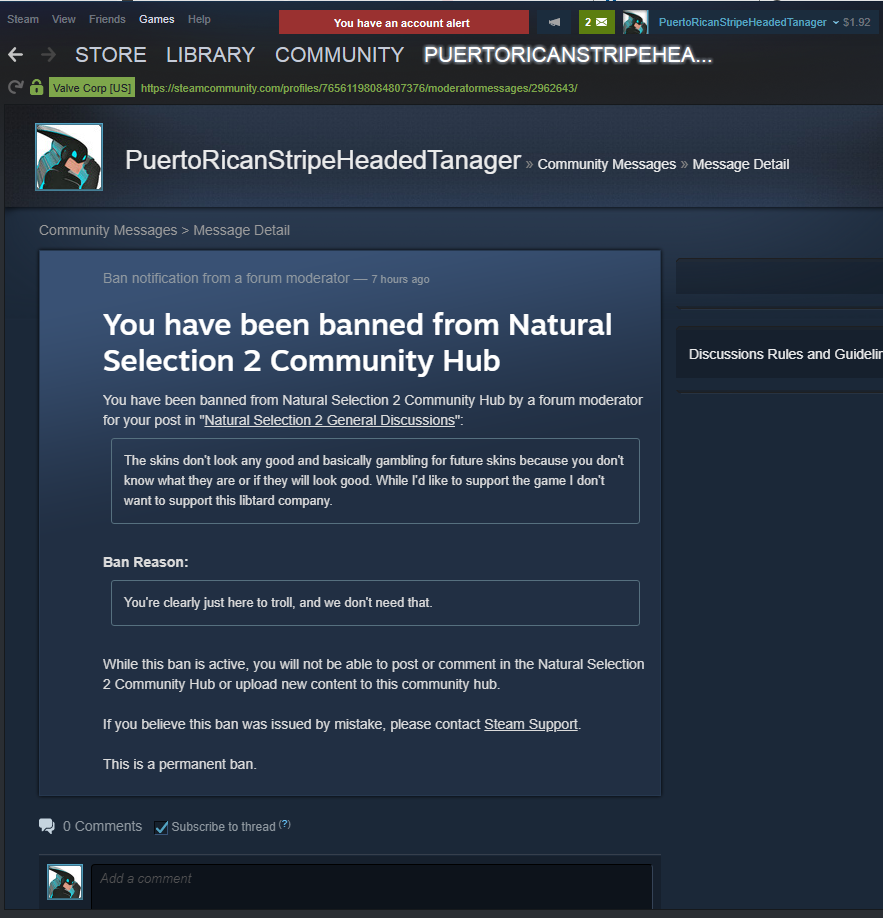 This moderator was very quick to jump to conclusions saying I was trolling. Leading me to think he really banned me so people wouldn't think to not buy it. My intention was to have people tell me reasons to buy it.

Very dissappointed in this company. And yes I called them a libtard but that's not relavent.