Some words about the Power increase of NS2

So I often hear people complaining about two things: Games being decided very early in the game and difficulties ending a game.
This is of course a more complex topic, but I want to show an issue that lies in the fundamentals of the game and plays an important part for this two issues.

The power curve of NS2 appears to be rather steady. It looks similar to this (yes it is very rough): 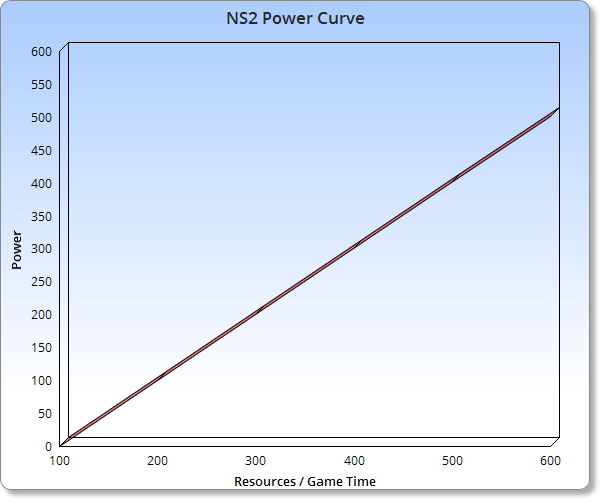 Teams can get early in the game big advantages over the opponent, leading to an almost unwinnable uphill battle. It also means that in the end game, teams have difficulties playing out advantages because the opponent is also very high teched. What I like to see is a curve like this: 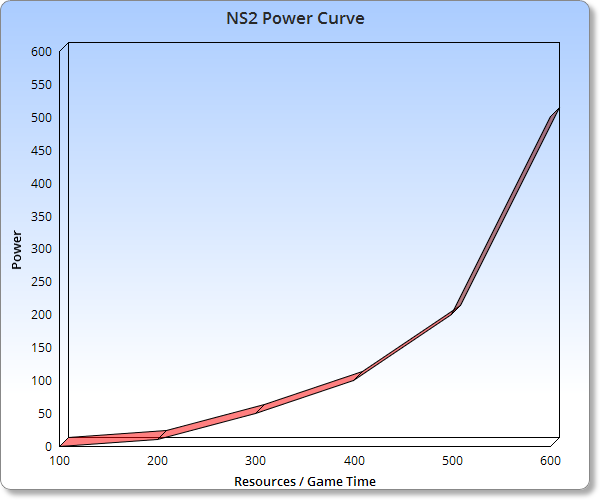 Meaning that at the start of the game, advantages do play out, but at a smaller scale than they do now. It also means that in the end game, teams in pole position can play out their advantages easier and more effective because small advantages have bigger effects. It would force an end to a stalemate game much sooner than what we have now.

How could that be achieved?
I think right now, at this stage of development, it is impossible because it requires an immense amount of rework and rebalancing. But general ideas would be: Weapon and armor upgrades scale per level: W1 +10%, W2 +20%, W3 +30%. HMG (or a similar weapon) could cost 60 PRes and deal an incredible amount of damage (Exo in better). Change biomass HP scaling similar to above proposed marine weapon scaling. Give every lifeform a Hive 3 ability that is extremely good (Stomp back to hive 3, Xeno is fine, Spores to hive 3 and more powerful, give fades and gorges strong abilities aswell).
1 Off Topic 1Disagree Agree 1Awesome
«12»