France Join Date: 2015-06-07 Member: 205310Members
May 2018 in Ideas and Suggestions
You never know, some of these may have already been considered, but they're still very interesting to know for your own general culture

Sea ice is constantly on the move. Wether it be icebergs tumbling over or glaciers pouring into the sea, and as it moves foreward into the water it becomes thinner and thinner due to the higher wave activity in open water. When ice is sufficiently thin, enough sunlight can pass through which enables algae to grow on the bottom of the ice since photosynthesis can take place.

Small zooplankton are quick to take advantage of all this green food and graze on it, often also entering the small holes created by wave impact and brine channels which I'll come to in a bit. They also enter the occasional caves in the thick ice that could be caused by a dislocated rock or by a large animal. 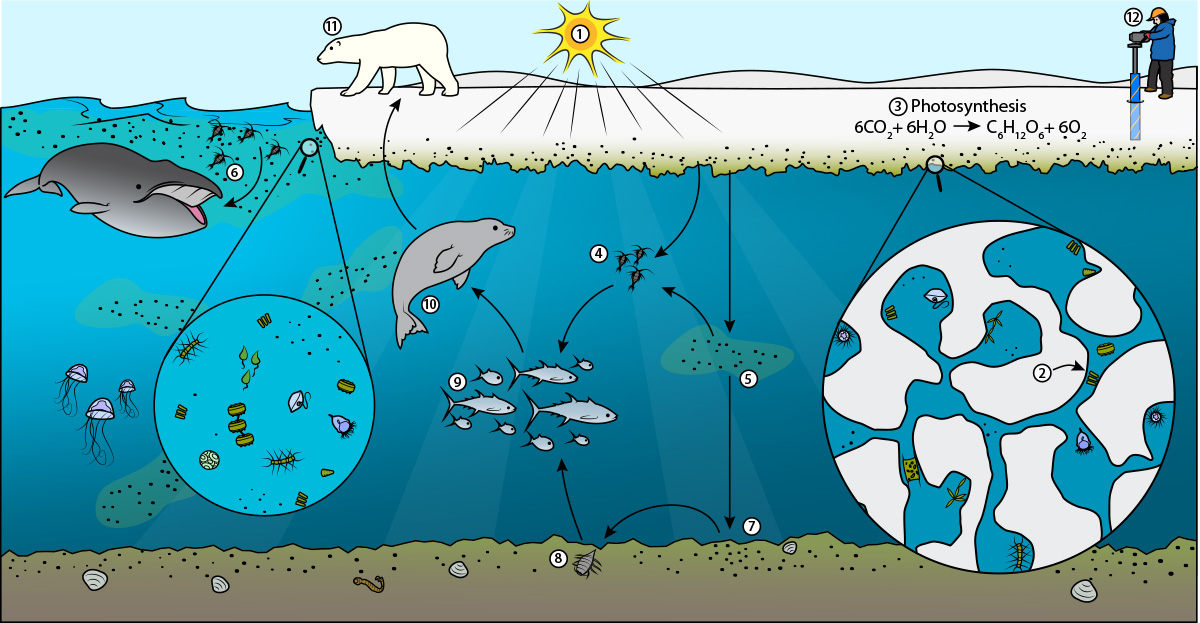 The pelagic (free-swimming) community under the ice is dominated by gelatinous zooplankton such as jellyfish, sea angels and ctenophores. Every now and then there are marine mammals too, but since they need to breathe they never stray too far from ice holes and spend a lot of their time keeping them open so that they don't drown. But the heaviest community is the benthic (bottom-living) one which is mainly sustained by algae falling from the ice and occasional pegagic fish and jellyfish sinking after death which will be scavenged upon by a number of benthic animals such as sea anemones, crustaceans, nematode worms, sea stars, sea urchins and bilvalves. 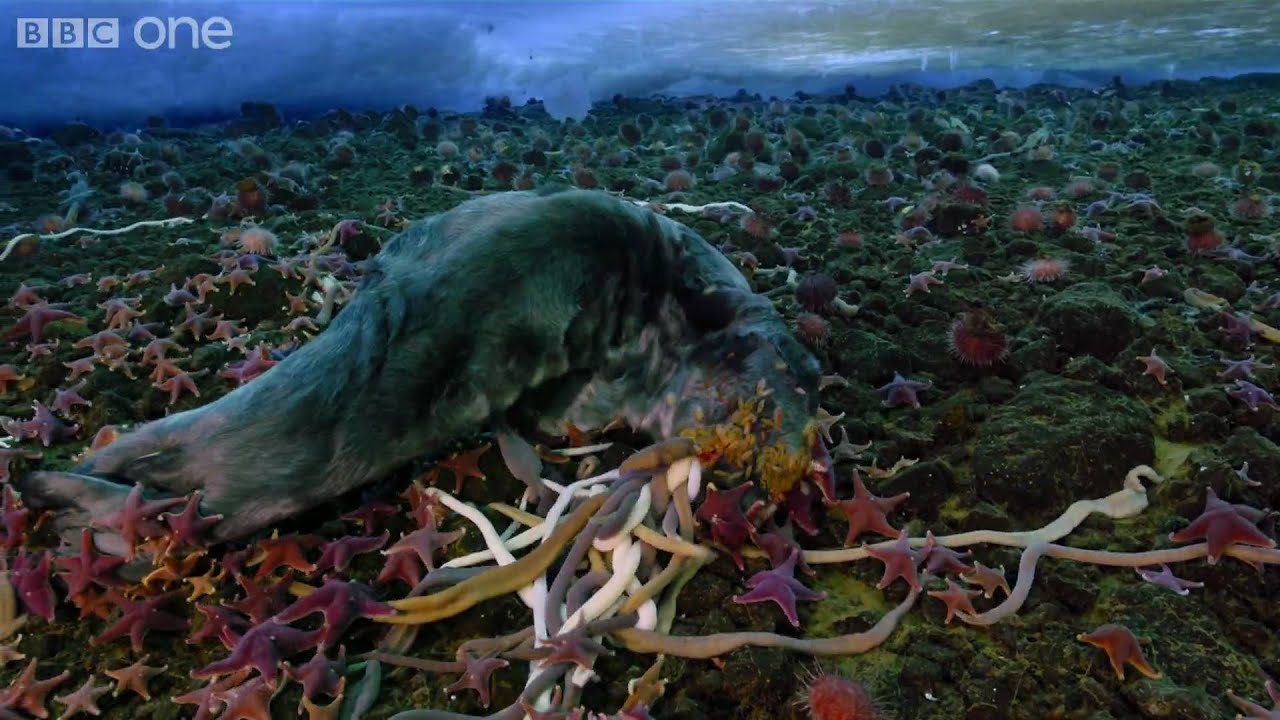 As well as detritus, the sea ice also provides the benthic community with rocks to grow on. Corals and sponges often have difficulty growing in soft mud-like surfaces, especially corals who need hard surfaces to attach themselves to, and the rocks that are brought in from inland by a flowing glacier provides just that. In fact, this constany supply of falling rocks even provides a sustainable deep-sea ecosystem as more and more hard surfaces arrive enabling deep-sea corals to take place and a community to grow.
But sea ice also provides dangers to the benthic community. As it forms, pockets of brine can occur inside the ice and falls towards the bottom over time as its saltiness freezes the water left above it and melts the ice below it. When it reaches the bottom of the ice shelf, the super salty brine is so dense that it keeps sinking. As it does so, it freezes the surrounding seawater because it's much colder than its surroundings, which creates a sort of tube of ice constantly falling from the ice shelf above with super salty water flowing inside. When it reacher the sea floor, the brine instantly freezes over, killing anything that comes in contact with the brine.

Ice crystals can also form on the seabed, and the more they grow the more capable they are of floating upwards, so if any small rock or a sea urchin is attached to one of these crystals, there's a chance that they'll be taken upwards towards the shelf where they'll probably die too.
2 Off Topic Disagree Agree 2Awesome