So, I am a huge fan of Spore and I would definitely hope someone makes another game like it in the near future, but when I first saw the giant skeleton in the Lost River, I was so immersed in getting to know the story in Subnautica that I failed to realize that the Lost River giant skeleton looks just like a "Hyper epic" skeleton from Spore!

I'm not saying it's copied from Spore. I'd like to think it was inspired by it, but who really knows. More than likely it's just coincidence. 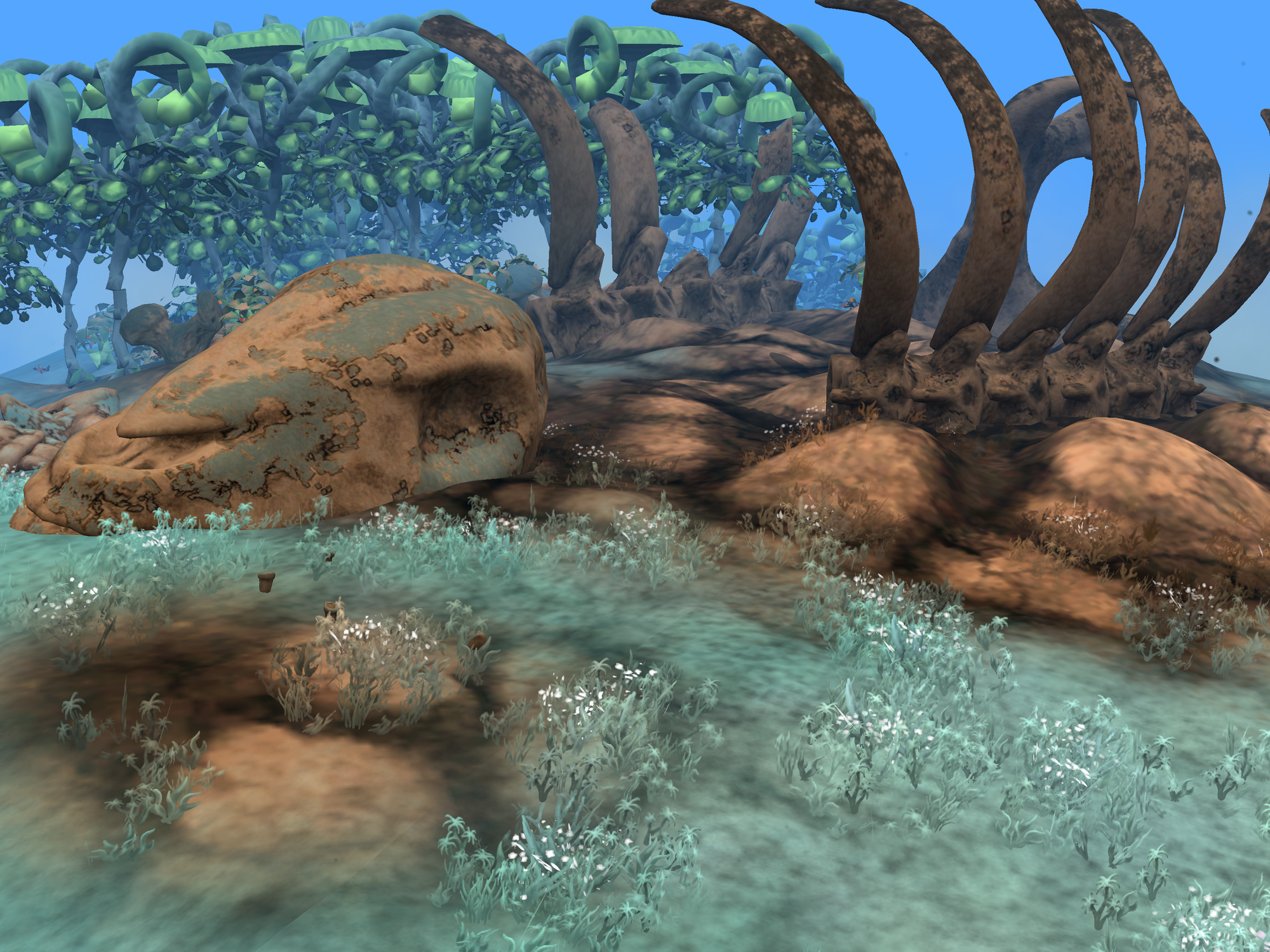