Members Join Date: 2016-12-05 Member: 224603Posts: 133 Advanced user
December 2016 in Subnautica General Discussion
Hello all, pie here! Been playing Subnautica for a little over a year and I'd thought to drop in on the forums and say hello

Anyways I did some searching and I haven't found any threads directly talking about the conditions of the sparse reef biome and of the theories I've seen here, the wiki, steam forums, youtube comments, and elsewhere I've rarely seen my take on the lack of biodiversity in this location. I've heard (whether or not it is true) that the Sparse Reef is the way it is because the devs created it as a 'filler' biome. While a biome with the defining characteristic of being bland is worthy in its own right it's always fun to speculate why that may be the case. Go ahead and add your own theories if you like. I've heard all sorts of ones ranging from the sparse reef being a prior sea treader feeding ground to the greenish brain coral eating other life out of the location and they were all interesting reads.

Evidence:
And just to reward you for reading all of that (or skimming past it) I made a basic topographical map of the sparse reef. Lighter areas represent more shallow zones and darker areas represent deeper zones. The second map overlays the floater island above the crater, which you can note fits quite snugly into it. 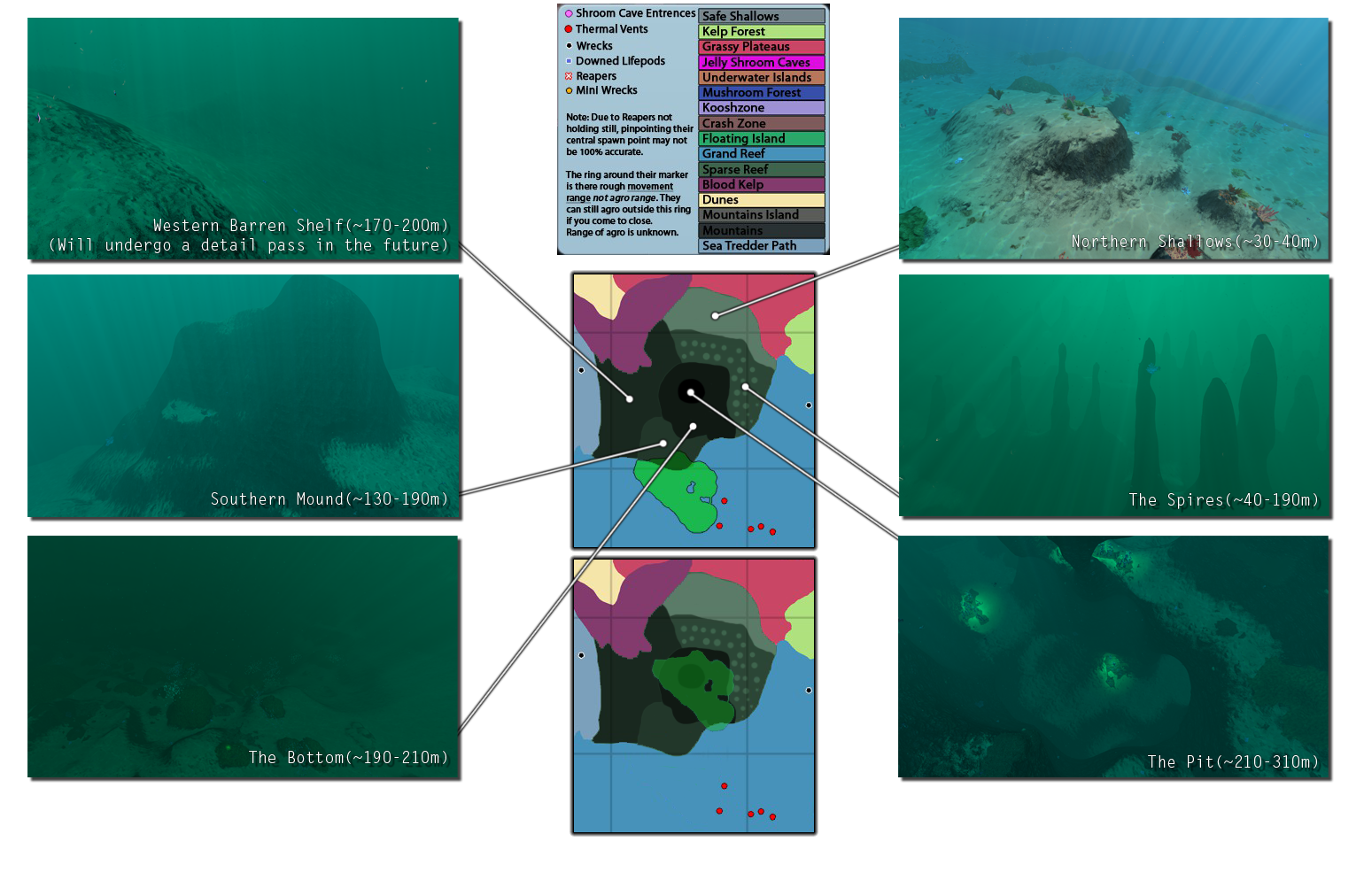 Think I'm on to something? Think I'm full of crap? Have a different theory? It's all good