Members Join Date: 2016-04-21 Member: 216034Posts: 507 Advanced user
November 2016 in Subnautica General Discussion
What is your favorite concept art creature that is not currently in or planned to be in Subnautica?

You can find the concept art here: http://subnautica.wikia.com/wiki/Concept_Art#Life_forms

My personal favorite is this one: 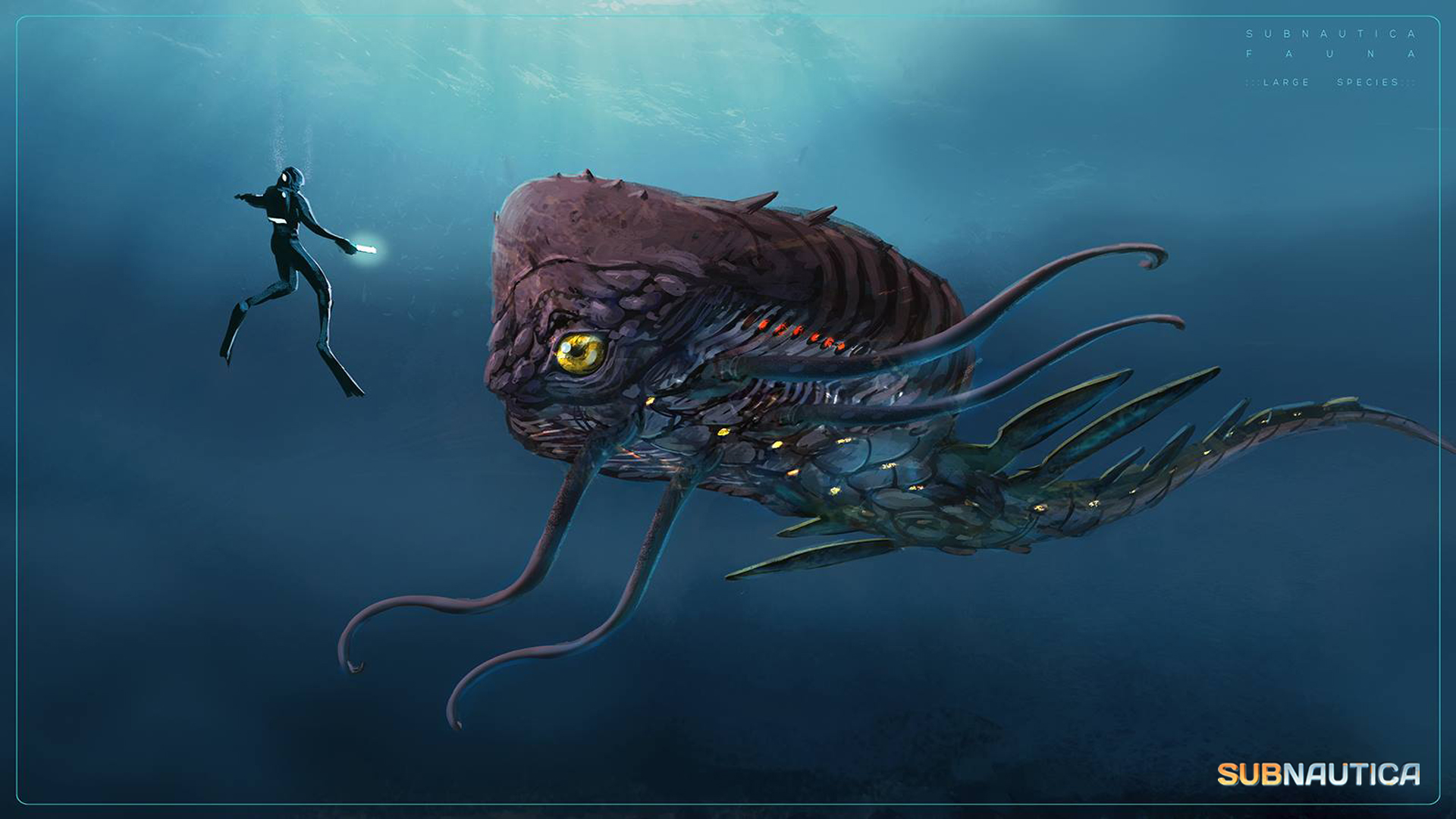