in order to give the players a better understanding of where to be and what to do, I'd like to suggest two improvements for the map (C key): 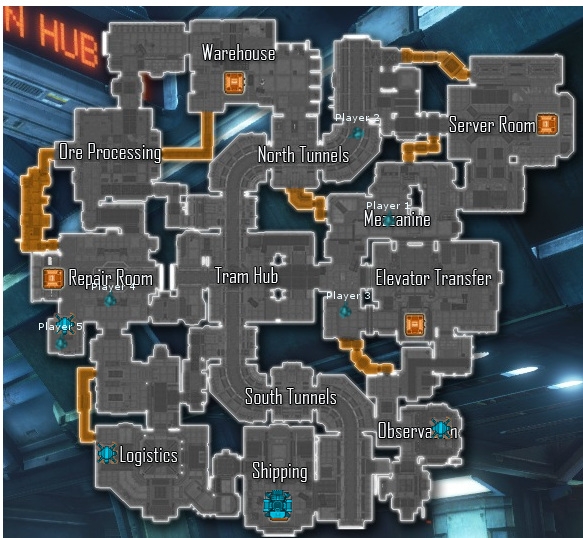 1) Team presence indicator
Back in the alpha the marine commander would see circles around the marines, which were supposed to work like a squad system: 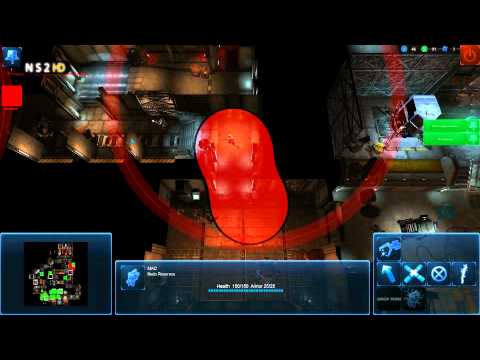 I think that, if applied to the map, it would emphasise positioning better.
Like so: 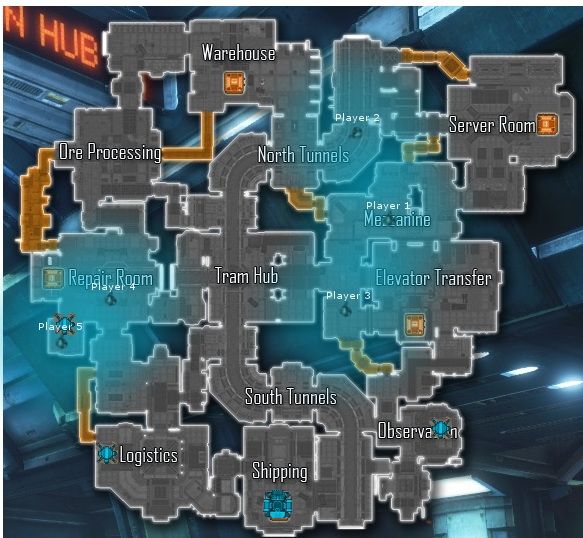 You could see the presence of your team better and fill the gaps accordingly. In that example screenshot, it would be easier to see that the way to your base is open through hub.
The size of that circle mght scale with the players mobility, so that a jetpacker has a larger circle than a non-jetpack flamethrower marine.


2) Player and structure health
Additionally, I'd like to see a health indication for structures and players on the map, so you'd know where to weld or where to heal as a gorge. A red/yellow/green dot in the centre of the icon could suffice (at least for structures).
Like so (player health not included): 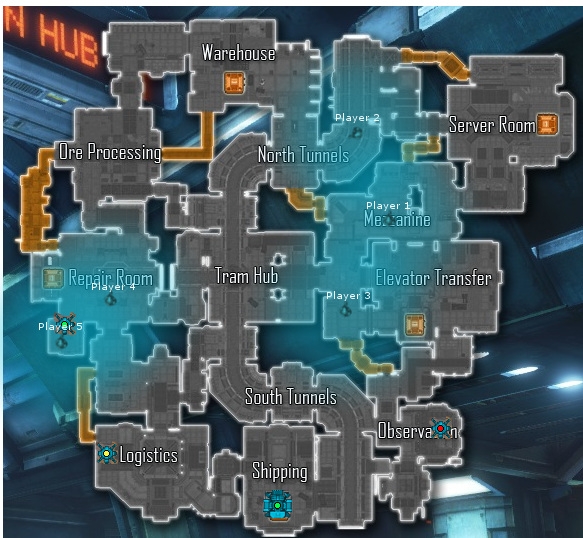 Player health could be shown like the bars for the marine commander.
The benefit would be better team play, because as alien you'd know who should engage first depending on hp and welding as a marine and healing as gorge would be easier and faster.