Below Zero - base redesign idea

Frankfurt; GermanyMembers Join Date: 2019-02-15 Member: 250965Posts: 84 Advanced user
April 25 edited April 26 in Ideas and Suggestions
Now that I seem to get a better understanding of the 'base cell' concept and how it dictates the placement of base pieces like hatches, I think you should rework it a bit.

First of all, consider to increase the height of each 'cell'. Currently, this causes quite a few bugs like unplacable glass domes, control room ceiling glitches or large room floor glitches.

Judging from the visual perspective, it wouldn't hurt, if both the floor and the ceiling would have twice or three times the height/thickness. Taking the multipurpose room as reference, I think three times the height of the thin white stripe on the picture below (between the windows) would be ok. 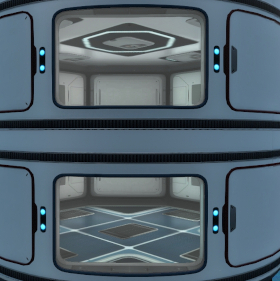 Same is true for the large room (ignoring that the window size feel odd): https://us.v-cdn.net/5019629/uploads/editor/n6/k3q5bdaza32z.jpg. This of course makes it necessary that the vertical connectors are adjusted (and the autmatic connection when two compartments are placed on top of each other). But to be honest, the vertical connectors are currently way to thin anyways: 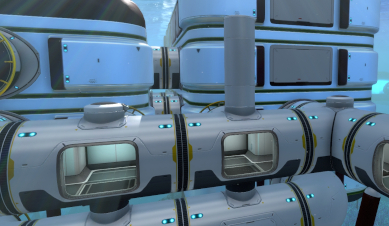 It would be perfectly fine to increase their diameter (f.e. to match the size of the bottom plate with the frame of a window). Therefore, an increased height might not affect the overall height/width ratio (an increased hatch diameter would be cool anyways).

There's also a cool nice feature of the vertical connectors: they remove the normal columns! So as a special requrest. it would be really cool to see something similar to wall foundation using a special vertical tube instead. F.e. attach it to a cave ceiling and start to build your base downwards (like a wasp nest). I could even imagine horizontal anchor tubes that would connect like sideward hatches and would function as a sort of wall anchors instead. 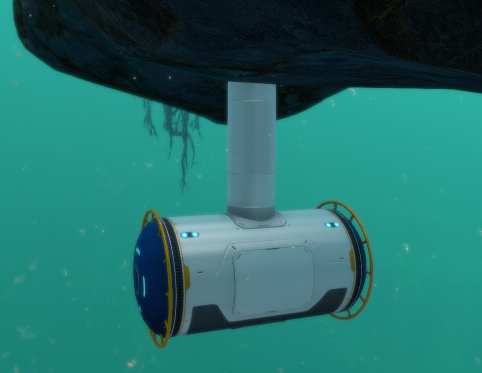 2) Moonpool as an upgrade, just like the large room alien compartment If the height still doesn't fit... or just out of 'fun', consider to reuse the concept of the cyclopse with the slightly elevated glass floor with an attached bulkhead. 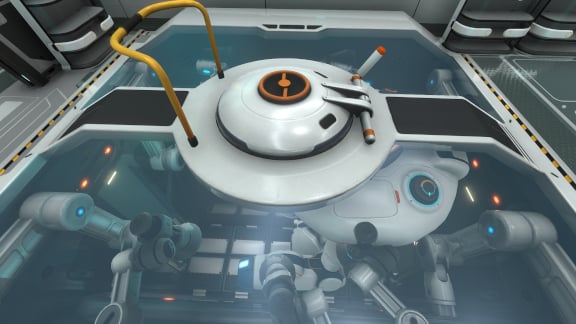 And I would absolutely love if I could add two moonpools to a single large room.

One of my biggest concerns in regard of the MPR is that the space around an alien compartment is too small. Since you can't lower the size of the alien containemnt because the hatch has to be placed exactly at the border of a 'cell', consider to increase the size of the MPR instead. If you look at the left side of the picture, you see the difference to how close a large room gets to the border of a 'cell'. This should be the same for the MPR (the size of two lights). This would give the player enough room inside the MPR without raising any 'wall-touching-wall' issues.

If this doesn't work, please consider to add a rectangular room matching the size of an MPR instead (with curved edges instead of diagonal wall sections).

There are currently 3 different versions: The bulkheads, the MPR doorways with the yellow handles and the moonpool / large room doorways. This looks odd. With an increased MPR size however, I think the ones with the handles could be replaced by the large ones.

First of all for obvious reasons: 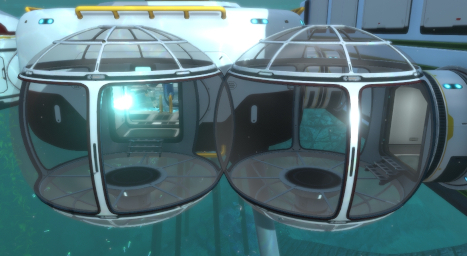 So reduce the size slightly. This way, the size would even match the size of the new lifepod. (the height of the observatory could actually be used to retrieve the new 'cell' height I have in mind).

I would also love to see a non-glass observatory-like base piece (in addition to the X compartment). The mini glass dome could be a ceiling window upgrade instead. And due to the fact that it's too small to be a real observatory, just consider to introduce a special MPR room 'obervatory' instead that comes with a glass floor as well. 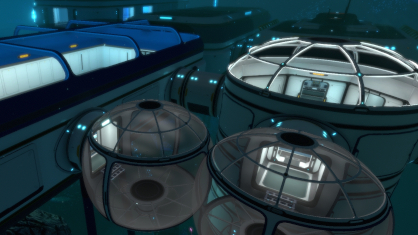 I.e. the large room glass dome should be divided into different sections. They currently don't even align well with the large room partitions. So I would appreciate a more filigree structure that would create a large central glass piece that match the size and position of the large alien containment glass top. 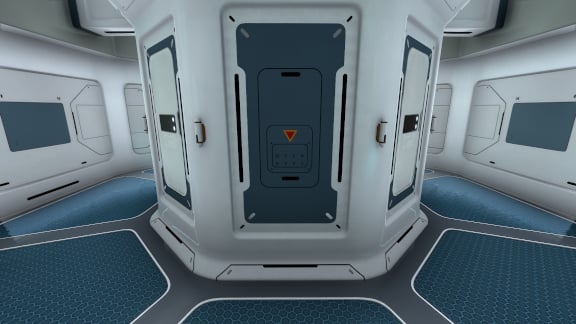