But what will we actually do in there?

This thread is for all your ideas about features we might see!
Now, this is still very vague, but I think we are going to see submarines

Disclaimer: The only thing this thread is good for is getting a wrong impression about subnautica and hyping yourself :P


edit: I though I might collect some facts from the twitter handle, to get a basis for your speculations...

edit2: Searching for facts? Check out the new SN facts (and similar) thread over here: http://forums.unknownworlds.com/discussion/133464/collection-of-sn-facts-and-other-stuff-like-guesses#latest


Stuff I haven't moved yet:

Now, let's take a look at the background of the Subnautica tweets. 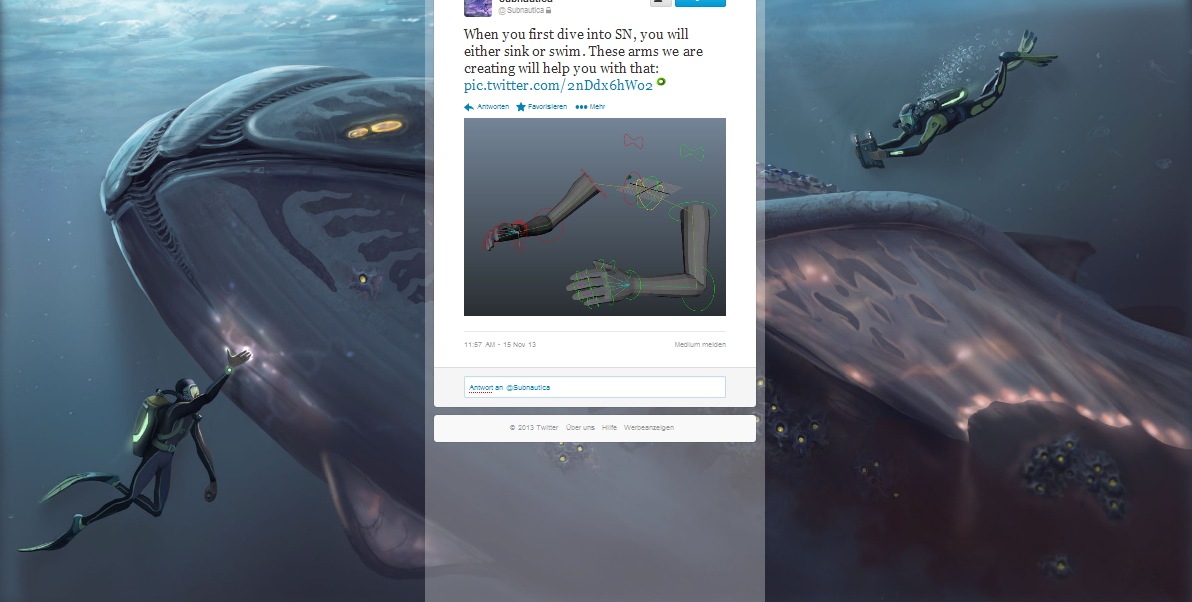 We can see some giant, whale-like alien lifeform. It's surrounded by divers. So maybe there will be NPCs/multiplayer, to control them. The whale itself would be a NPC, I guess.
Looks like they are doing scientific studies. Maybe we can do research on things we find.

A guess for a general setting: We are exploring the oceans of some faraway planet.

That's it for today, I might organize this collection of facts during the following days.


small update before i go to bed:

IronHorse wrote: »
Oh man I have to bite my lip right now :-P

So, I decided to take a look at the background and profile images of the subnautica profile.

- a diver is confronted with some giant crustacean
- there seems to be a giant eel in the background
- on the ocean ground there seem to grow jellyfish-mushrooms, pretty big

will everything be oversized in this game? will we interact with ancient/alien creatures only? 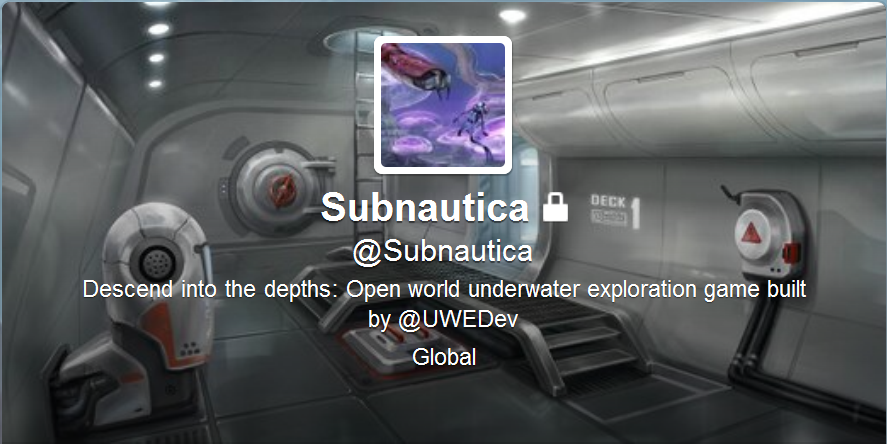 This appears to be the interior of a submarine. Maybe submarines will feature multiple decks, because here we can see deck one. The general art style looks like in the NS2 concepts, so maybe we can expect similar ingame graphics as in NS2/maybe it's even set in the same universe.

The submarine seems to be pretty spacey, too. Any idea what these electric things on the walls are?