Oh Please, Do Not Rush In Big Games! 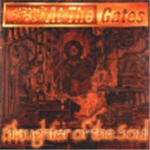 Join Date: 2003-02-05 Member: 13141Members, Constellation
February 2003 edited February 2003 in Kharaa Strategy
<div class="IPBDescription">unless you've got 5 minutes to kill.</div> I play on a 26 player server usually, and it never fails: Half the team runs around aimlessly, the other half trys for the base and the marines, expecting it, waste them all getting a jump start on the first claimed hive while the aliens wait forever to respawn. I see 4 skulk deaths for ever marine death in the rush.
A FAR better tactic is to wait for them to move to a hive, THEN attack their base. Or at least hang around at a hive.

The respawn time isn't increased for a larger game is it? Maybe it should be...

EDIT: Dagnabbit: a more pronounced search lead to a post on rushing. But this post is more specifically about the large games, and on respawn time.
0 Off Topic Disagree Agree Awesome