Changelog:
-Added a tram + container in South Tunnels outside of Shipping to improve Shipping start and cysting for Aliens
-Added more starting cysts to Shipping
-Added more starting cysts to Server
-Added more crates to Logistics to reduce the exposure for Aliens, when defending Logistics harvester from Shipping (might need more obstacles there)
-Added more crates in Hub
-Added a broken wall at North Tunnels and some crates at possible ARC spots to make sieging Warehouse hive slightly harder
-Added terminal next to the ladder in Mezza and removed the railing so all classes can jump up there. This change is mostly for Marines to improve battles with Gorge Tunnel in Mezza, which most likely happens when Aliens start in Warehouse, which is their best starting location.
The biggest change:
-Added a floor vent between Hub and Elevator to slightly reduce the power of lane blocking in and around Hub.
I didn't wanna add a super sneaky vent around that area, unaccessable by Marines, because lane blocking in Hub kinda is what makes Tram the map it is. With this vent Marines from Hub can still see and shoot Aliens using that lane or even use the vent themselves.
This improves the chances for Aliens to get from Server to Elevator to Observation and vice versa.
It also improves Elevator expansion hive for Aliens, because now they can flank Marines and especially ARCs from Hub using that vent. 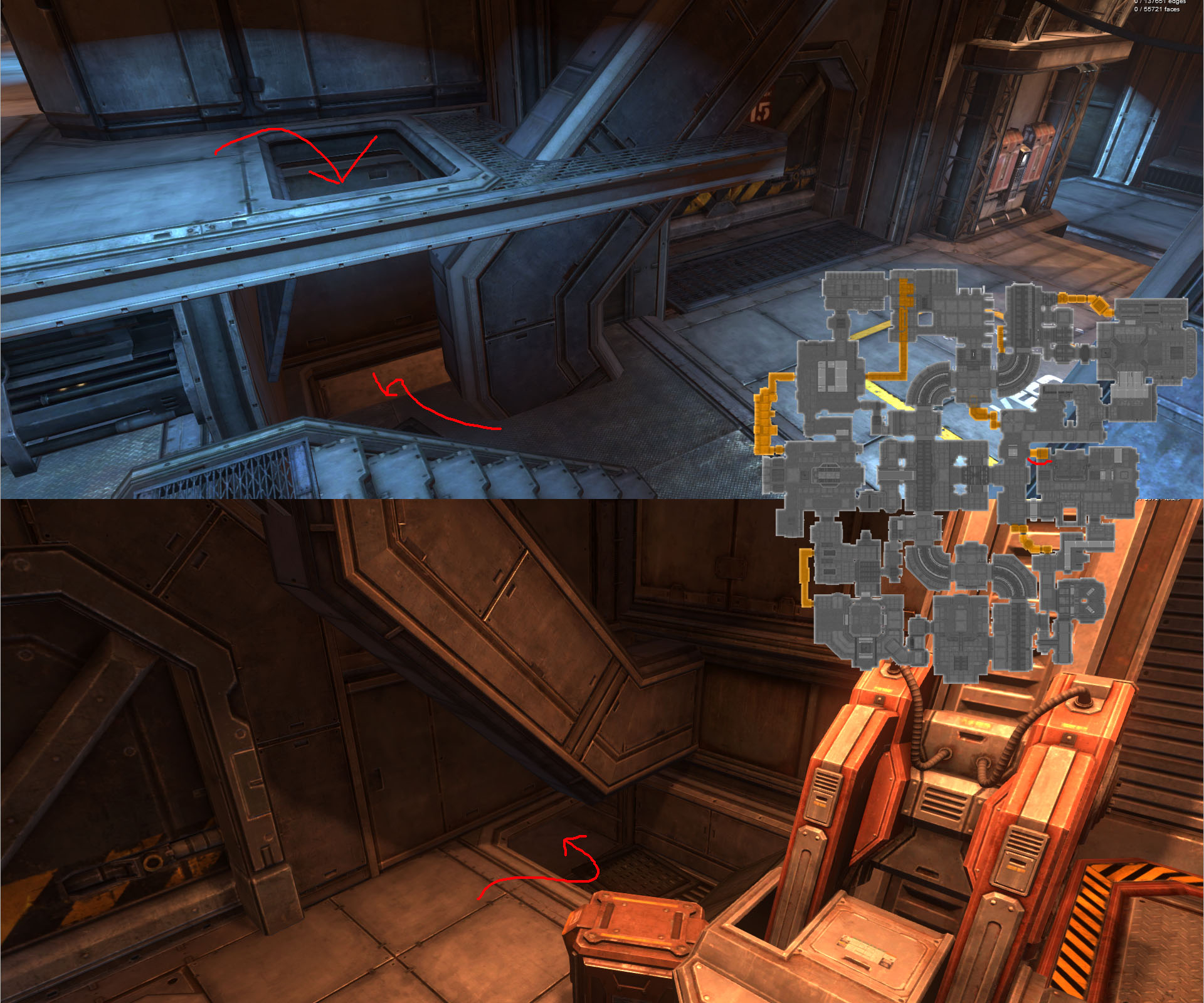