southampton Join Date: 2015-09-24 Member: 208130Members
September 2015 edited September 2015 in Subnautica General Discussion
So when seeing the Moonpool I thought how cool would it be to have a dock/base for the Cyclops.

This took a long time to make, especially being that I was in survival mode.

I have uploaded a copy of the save to my google drive for anybody who want's to check it out, for now here are a few screenshots. 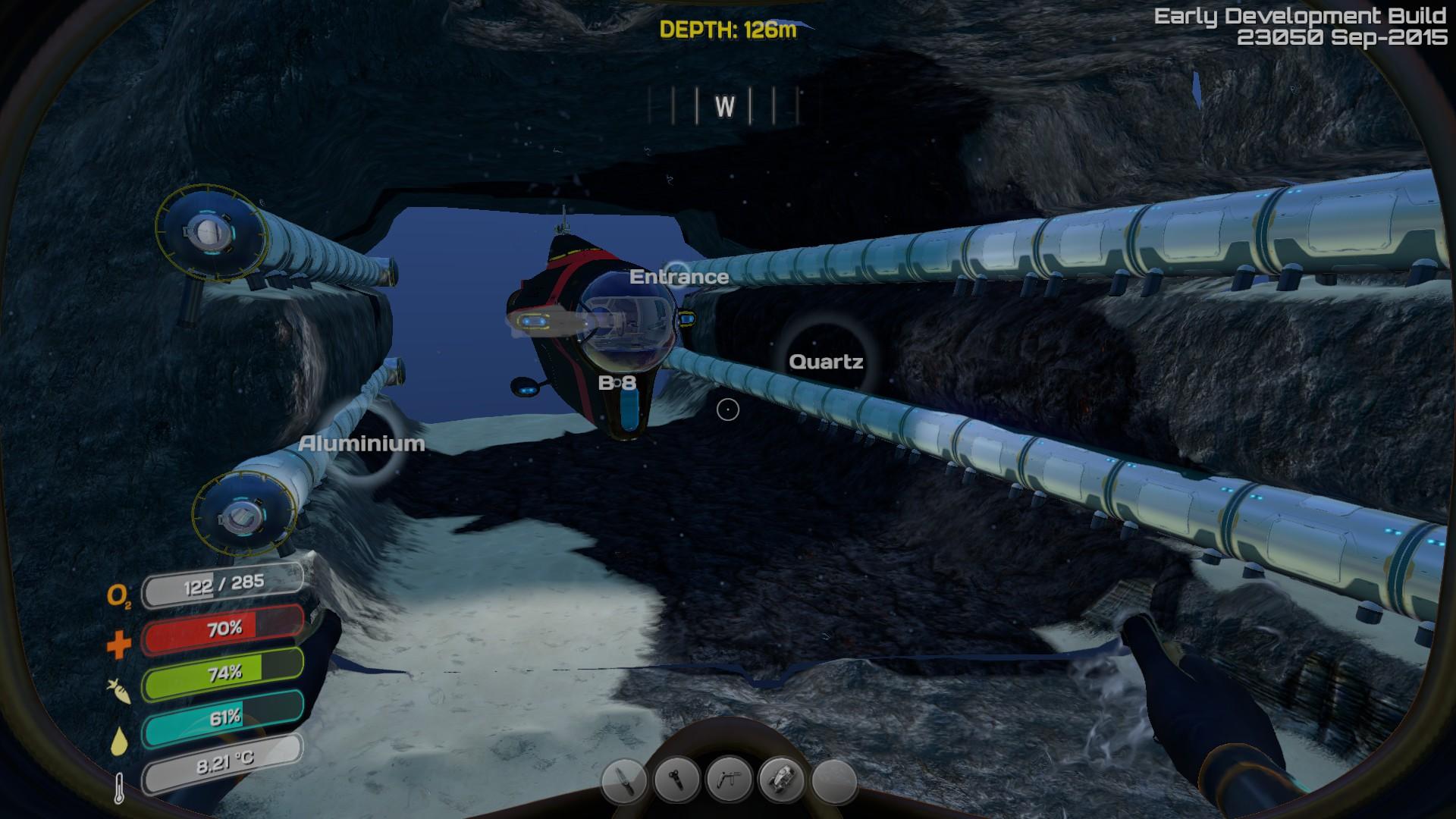 This is an early image of the base as I was building it, it has changed a lot since then. 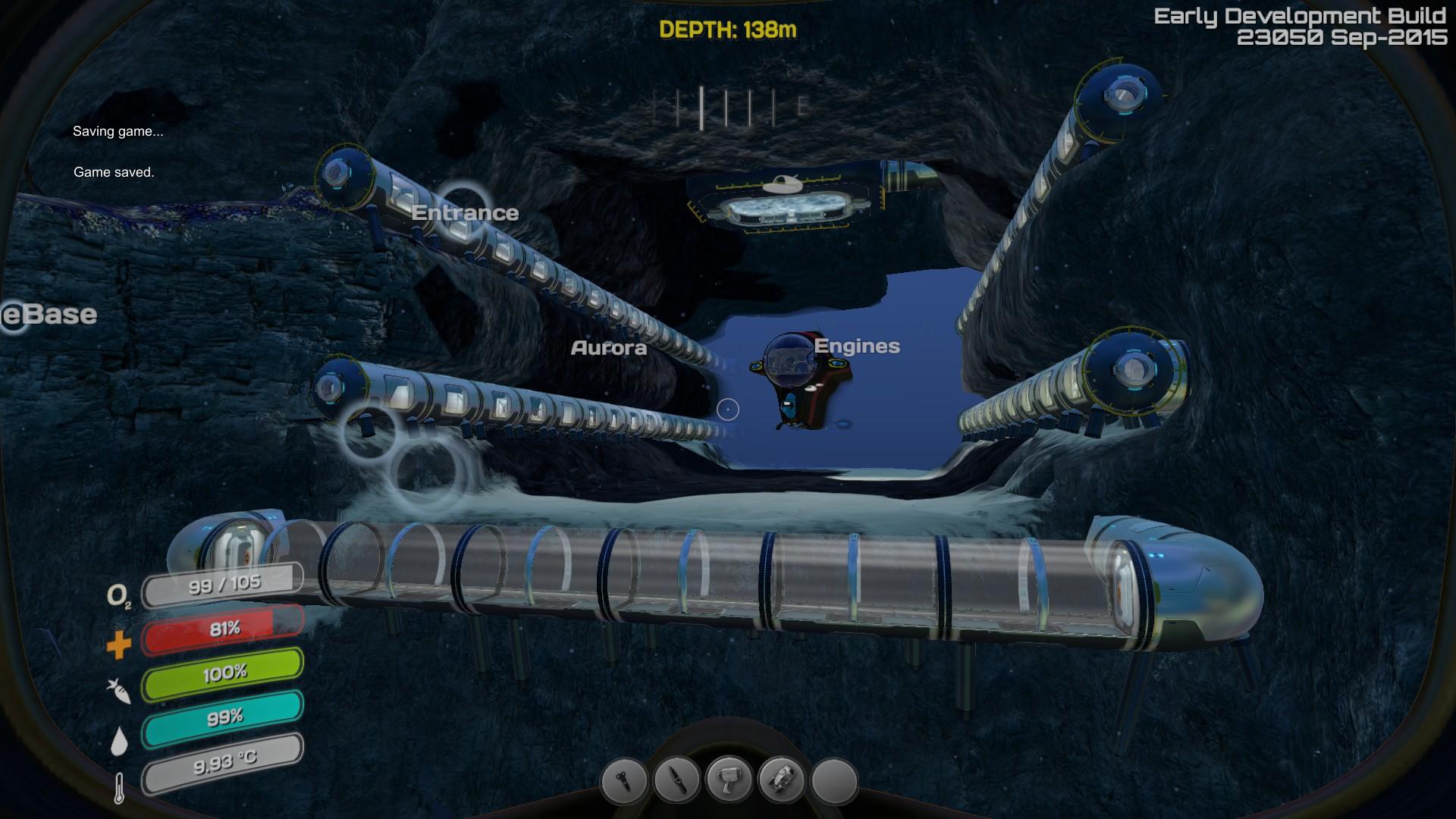 This is a completed image of the base, I even added a Moonpool to the top. 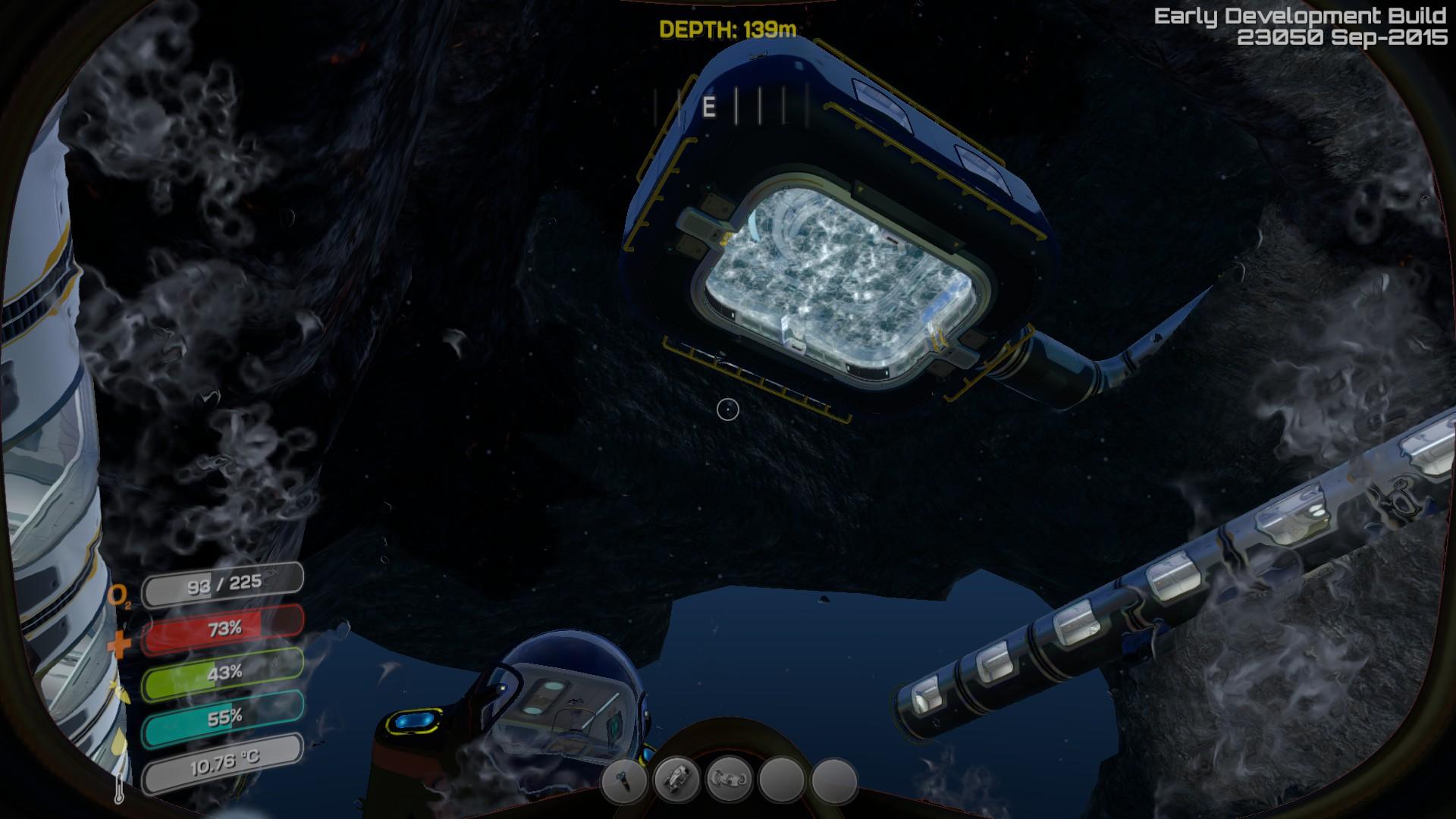 A close up of the Moonpool embedded in the top of the tunnel. 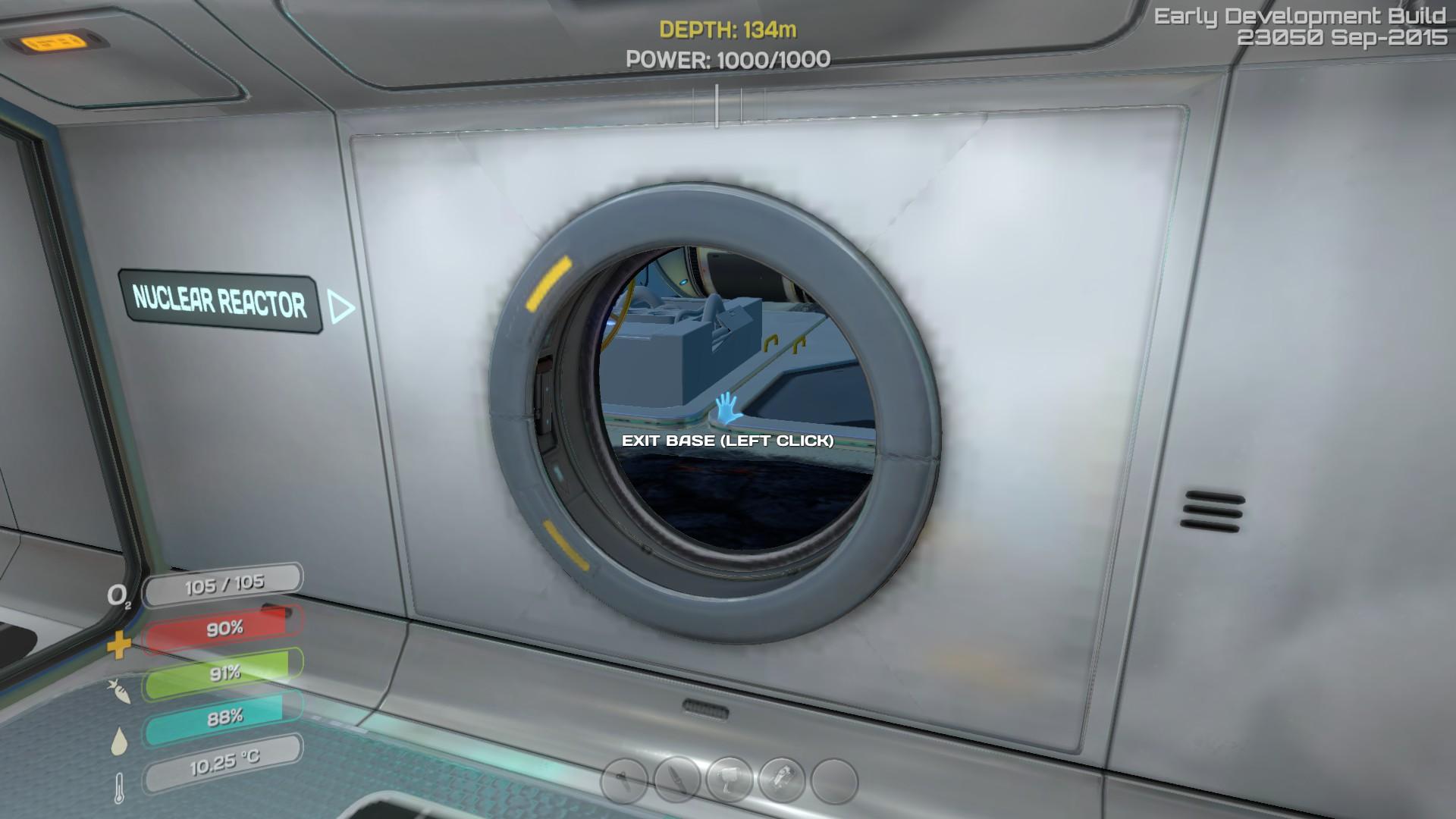 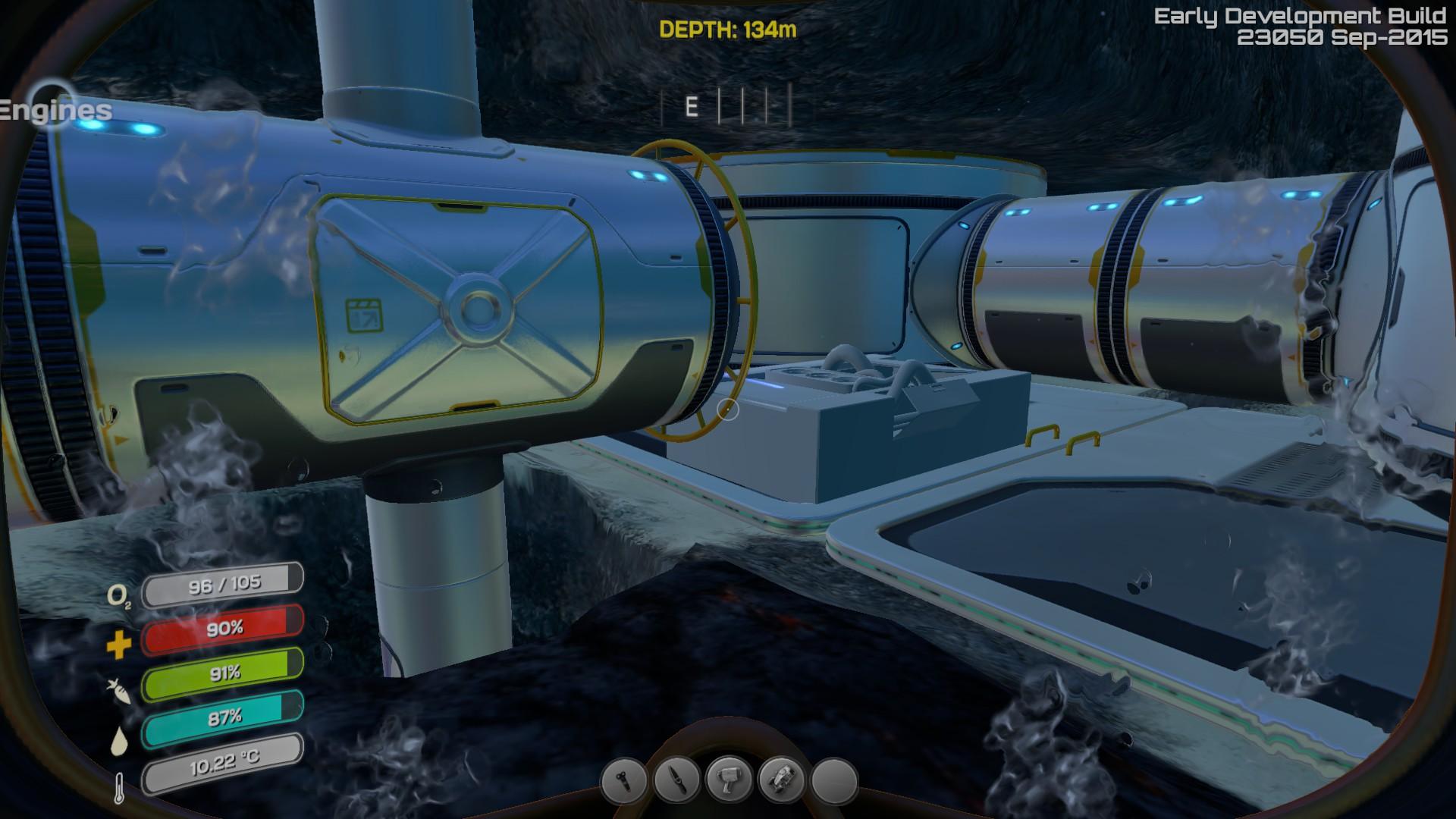 Nuclear reactor at my cyclops docking station, next to my underground storage facility. 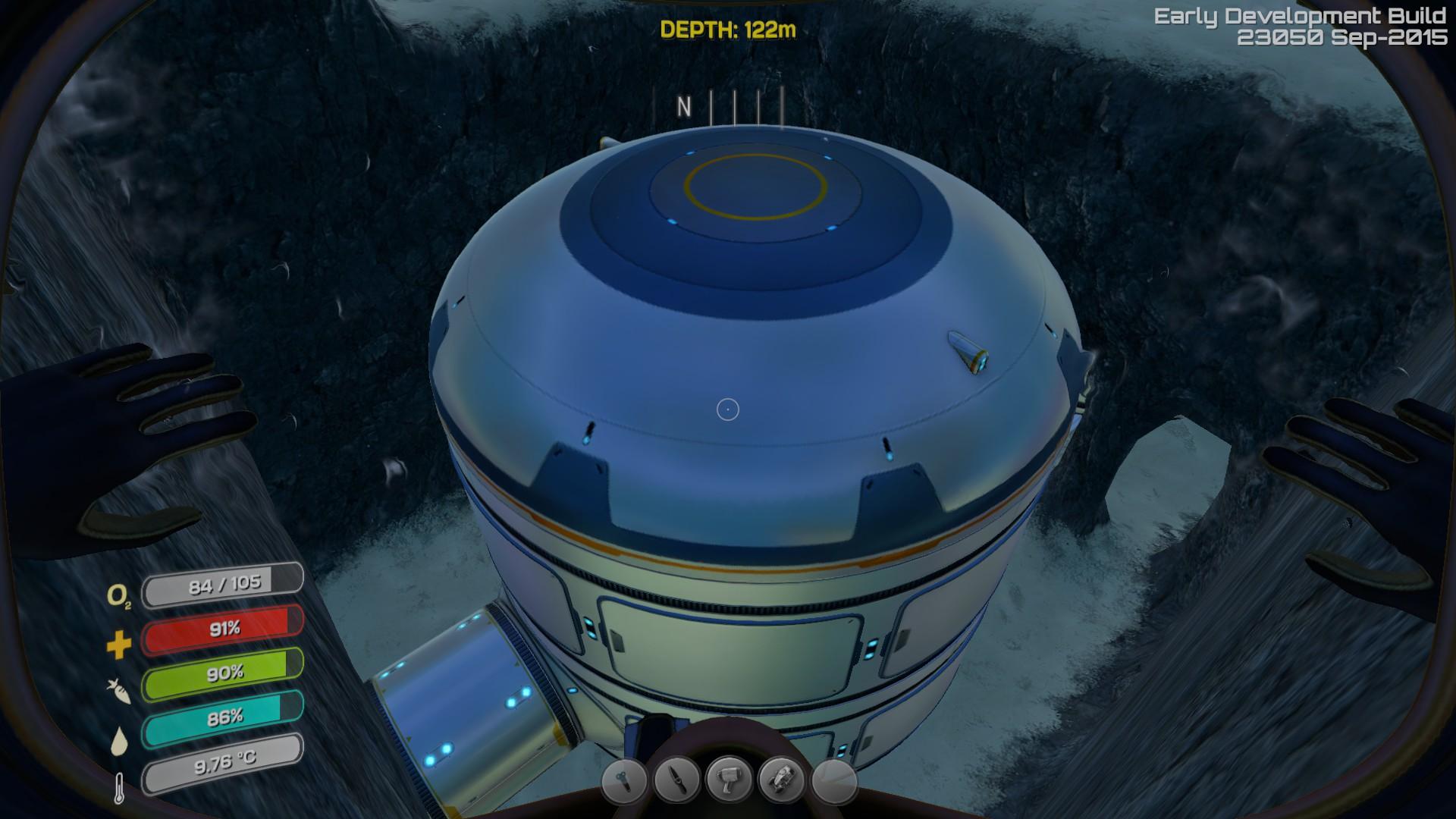 The excavated area around my storage facility/nuclear reactor.

How I built this base.

To build this I had to set up a foundation made from the circular rooms 2 wide and 6 tall, before that though I of course had to find the right sort of spot to start work, so I went towards the grand reefs in search of a two sided ridge to tunnel through.

I then used the circular rooms to cut through the mountain in an orderly fashion.
This involved building lots of rooms and lots of titanium, at times I had to deconstruct as I made the next room.
After that I had to use the terraformer to get rid of some of the left over terrain.

The next step was to build the main base itself, so I started with reinforcements and windows.

I used tunnels and rooms to cut holes into the mountain providing space for my underground storage facility and nuclear reactor.

I added the glass corridoor at the front of the base for a nice view and mainly to connect the two sides.

The final step was the moonpool, to do this I build out from the windowed areas in line with the nuclear reactor, from there I built up using the vertical connectors, once I had made a bit of a hole in the ceiling I was able to try and fit the moonpool in. Lucky that I save so regularly as if the moonpool was off by just one corridoor it would cut through the top/sides of the mountain.

Sorry for the long boring description of how I made it but I thought some people might ask how I put it together.

As mentioned earlier in the post, at some point I will probably make a video to show off the base and upload the save for people who want to check it out.

I look forward to some feedback on the base

Edit : Here is a link to the save game from my google drive.
https://drive.google.com/file/d/0B0fPERHr4UeXTDdUcGZ4bnoxT28/view?usp=sharing