SouthAfricaMembers Join Date: 2015-05-21 Member: 204730Posts: 3
May 2015 in Subnautica General Discussion
Was just mauled by three Leviathans beside the Aurora. Very happy to see that they dont respectively target the player, but instead objects (left my seamoth out to see what would happen and they seemed to prioritize that instead of the cyclops), but i was bashed about almost to a point of no control. Also busy reporting a bug between the bridge and the seamoth entrance room (Insta death)

But i had a thought, I love the fact that there are three behaviors, instead of attack and just to look pretty (Aggressive, Defensive and Passive), But perhaps you could in the "to be added" NCP's create a curious behavior (such as with the Warper). Upon initial contact the NPC would keep a distance and perhaps even circle the player. If the player approaches too suddenly the NPC would evade the player or go back to a faded distance. To allow the NPC to get close to player would need (just ideas) minimal eye contact and minimal movement. The reason i suggested the warper NPC to have a behavior like this is because I can imagine it would have a very valuable DNA serum and would need a tactical way to get close to it. Also, being a diver, most of the creatures I see under the water do have a curious streak to them, even the smallest of ones.


Just a thought, obviously more difficult than it sounds. And requires a lot more detail.


If you got this far thanks for reading. 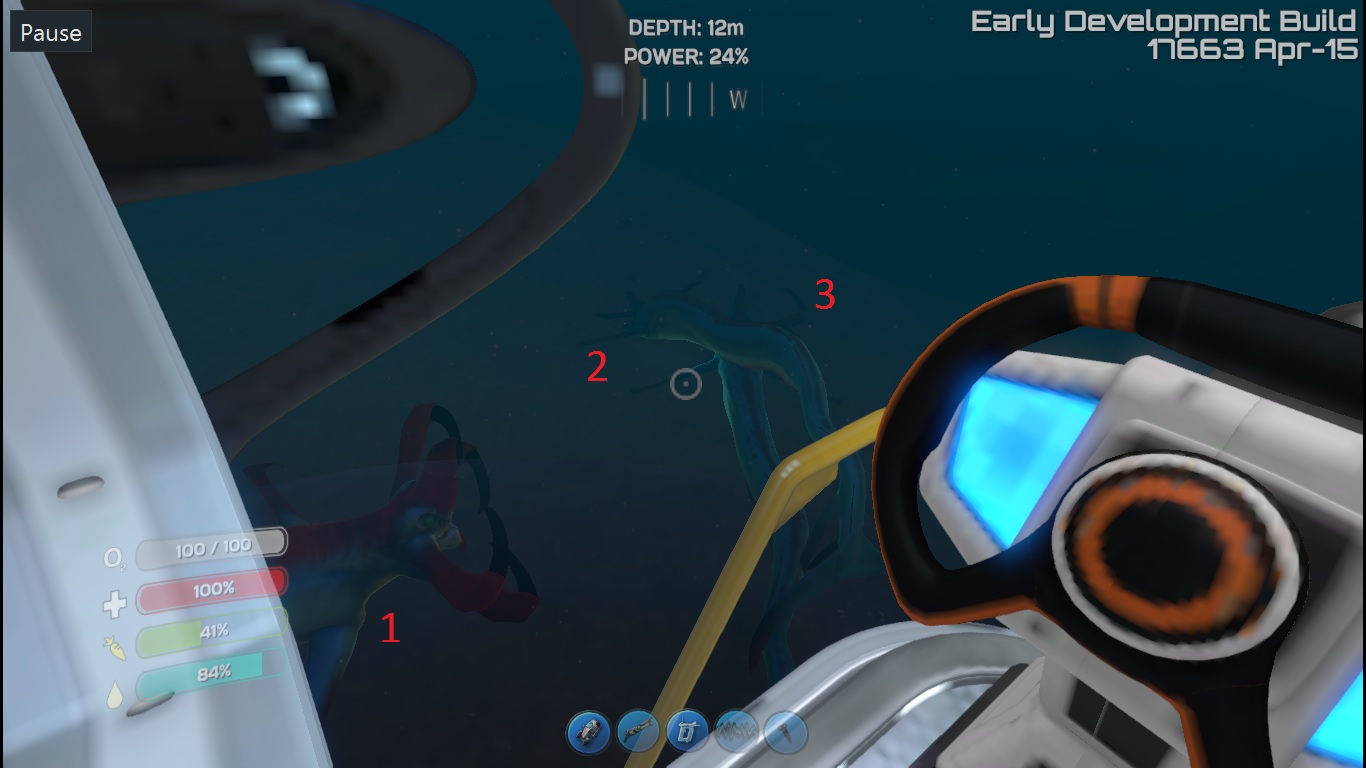