We are pleased to inform you that you have been selected from a large pool of applicants to work on TinCan's station. This station is a privately owned facility that has entered into a partnership with the TSF to serve as a supply hub for the upper most part of the Ariadne Arm. Your duties will include screening of all new arrivals, inbound and outbound of supplies, some science experiments, service pod and general maintenance of the facility.

About the station:
We know you will succeed in your mission, You’ve got the right mix of dedication and enthusiasm. Keep it up. You are now connecting to TinCan's Station.

Why so many resource nodes?
Because Jet Packs, Exos, fades and Onos are fun.

Why five tech points?
Because level 12 biomass is a good thing.

Why are the locations named after characters from the Matrix movie?
I have no imagination and The Matrix was a great movie. They were almost Roman god names.

How much time have you spent making this map?
Tricky question. I'm a family man so I don't get to spend much time working on it. I have a super simple graybox version that was created a year ago but I was just experimenting and never thought it would become playable. I really started working on it (and saving my progress) about three months ago.

Why doesn't it look finished?
Its a work in progress.

Why is your ready room so boring?
I want less distractions for players. I am hopeful this will shorten the time on public servers it takes to get players to join a team to get a new game going.

Is there a secret room?
That is a secret. 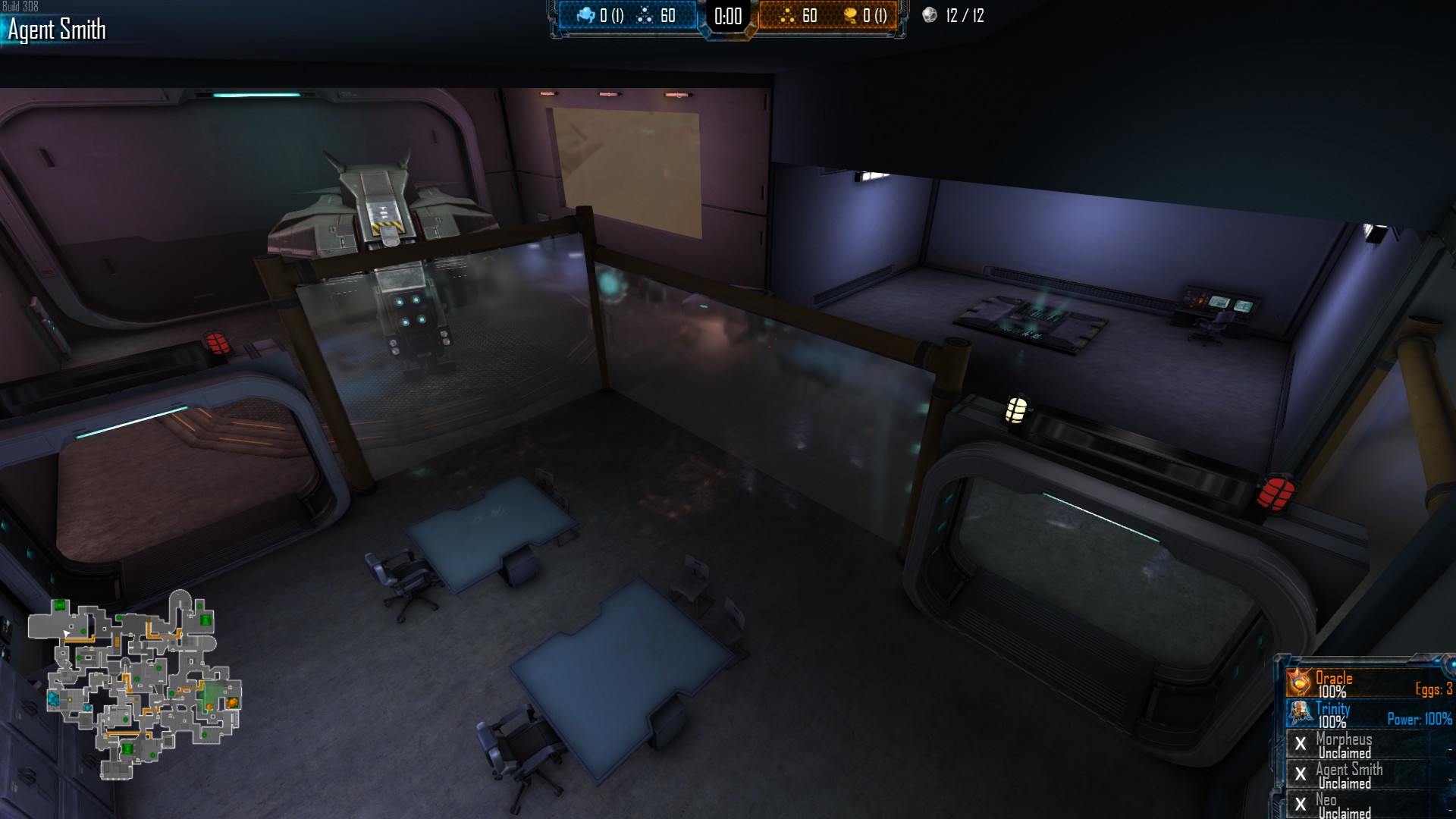 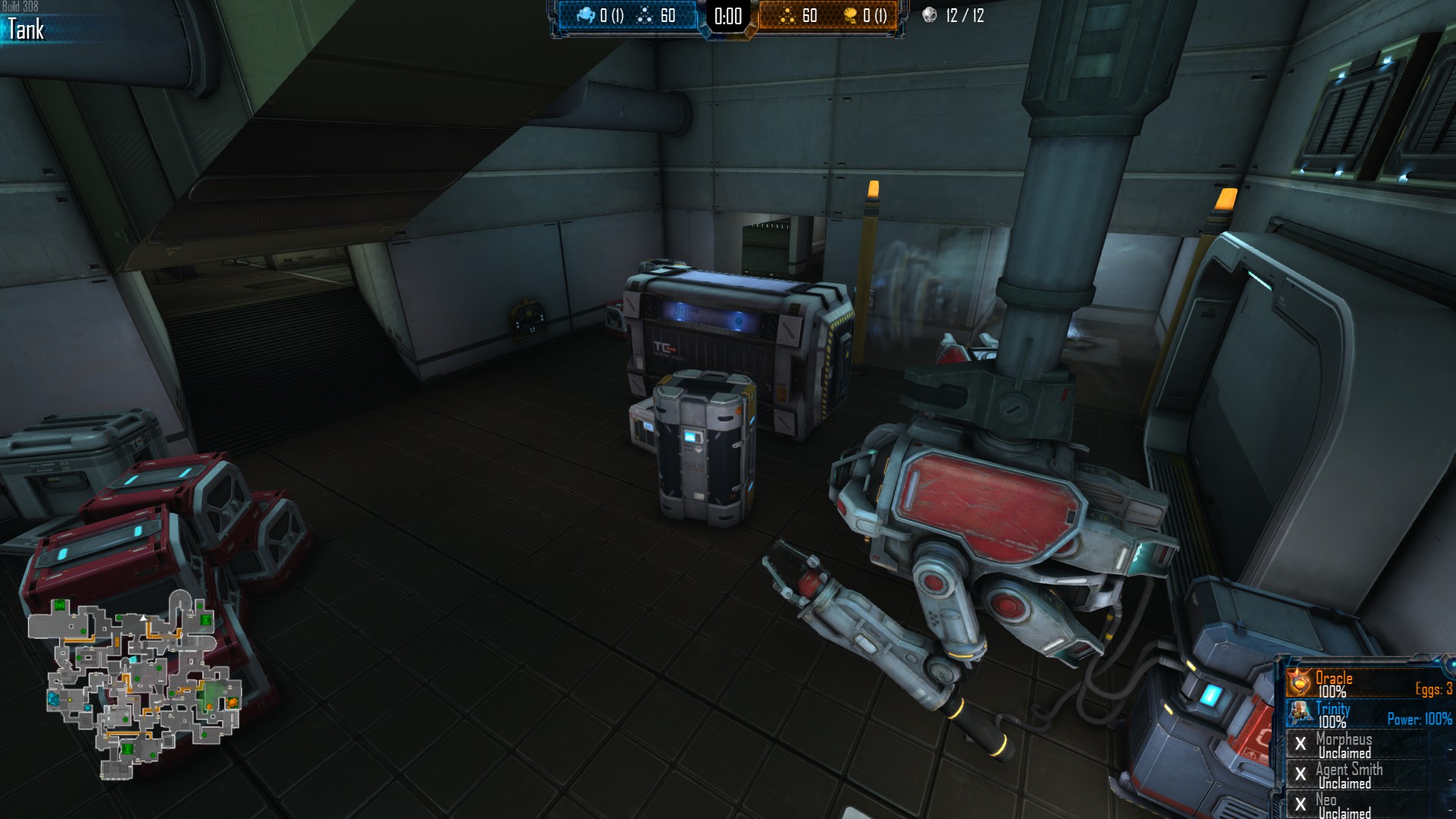 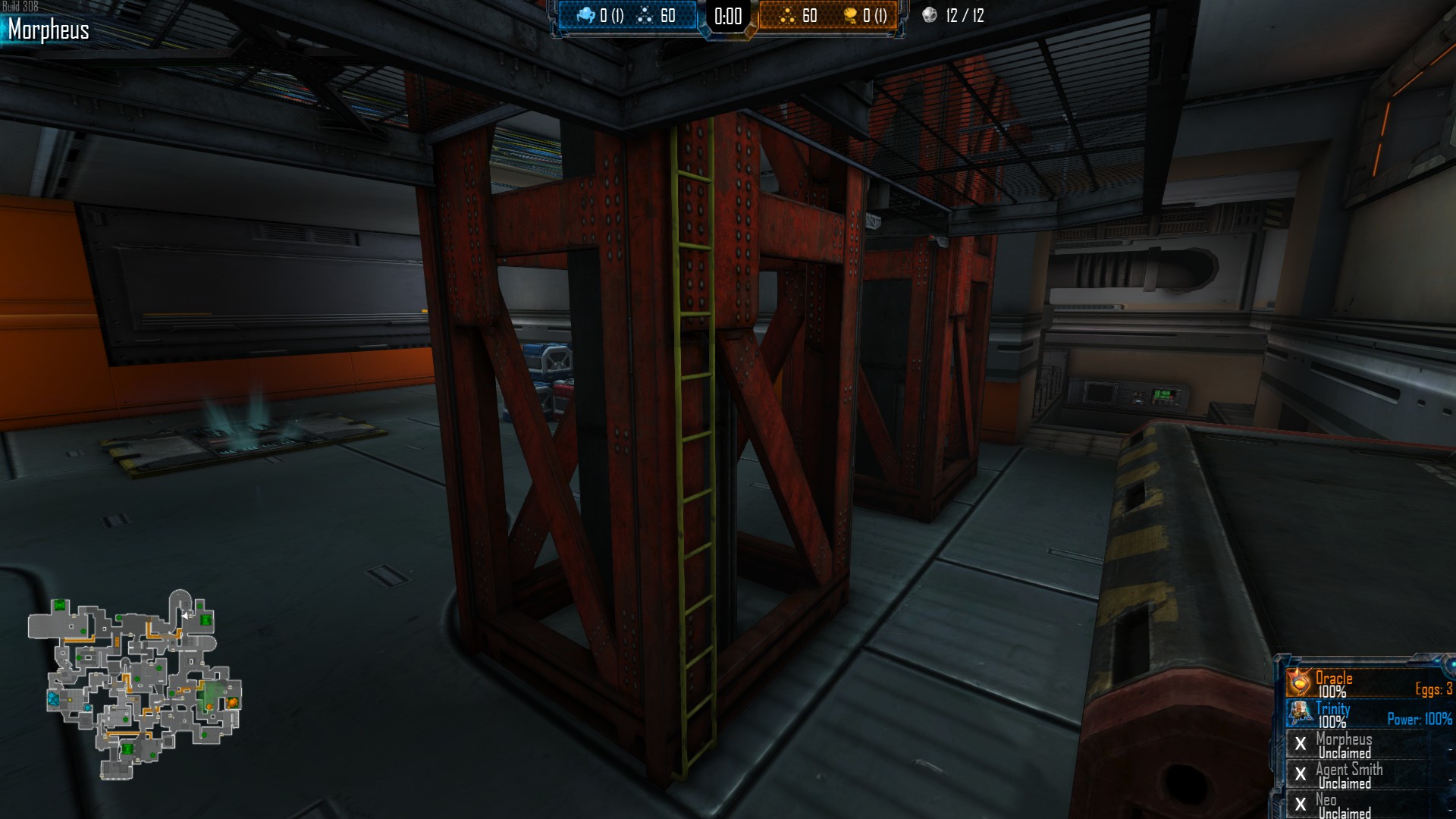 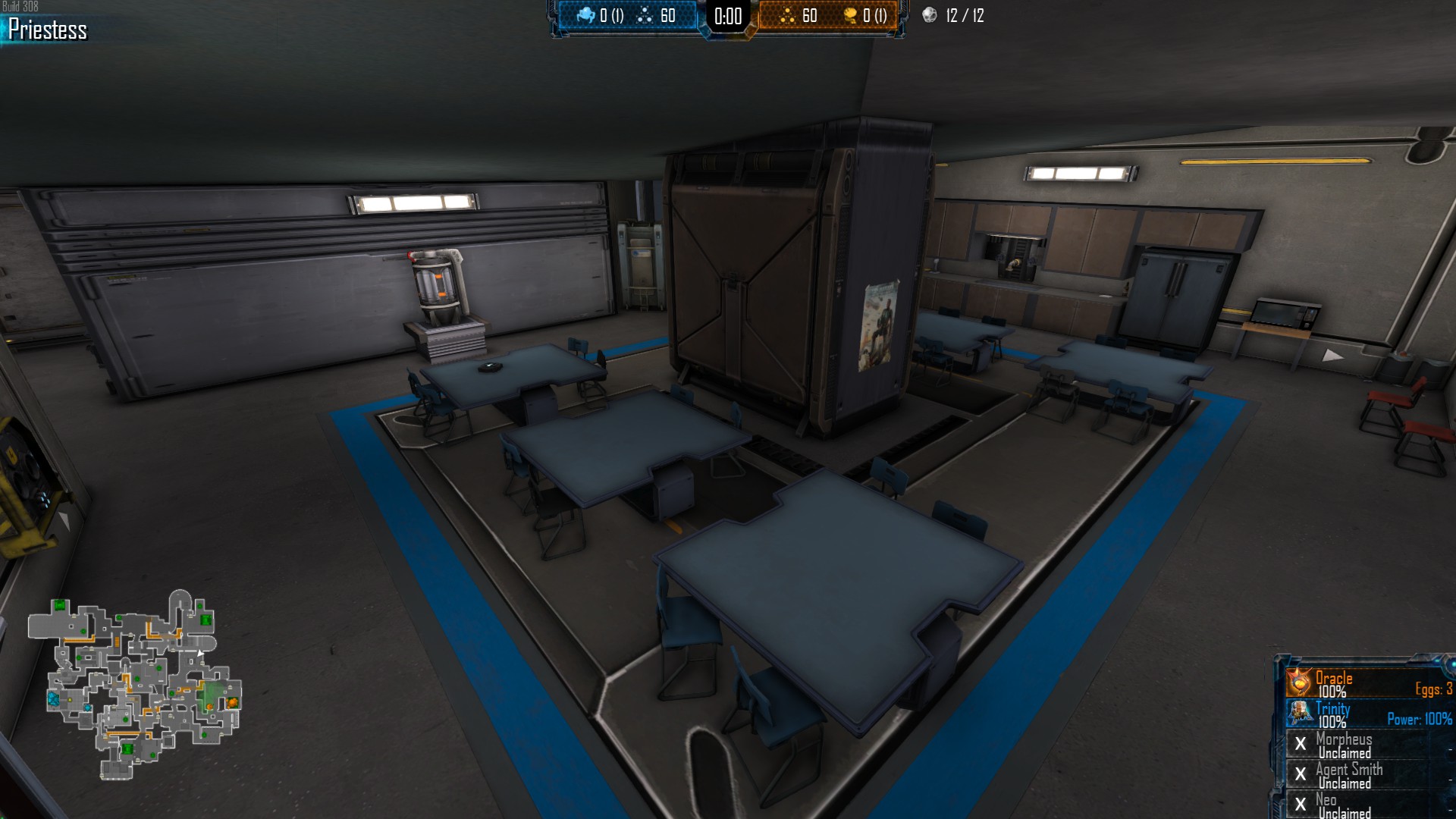 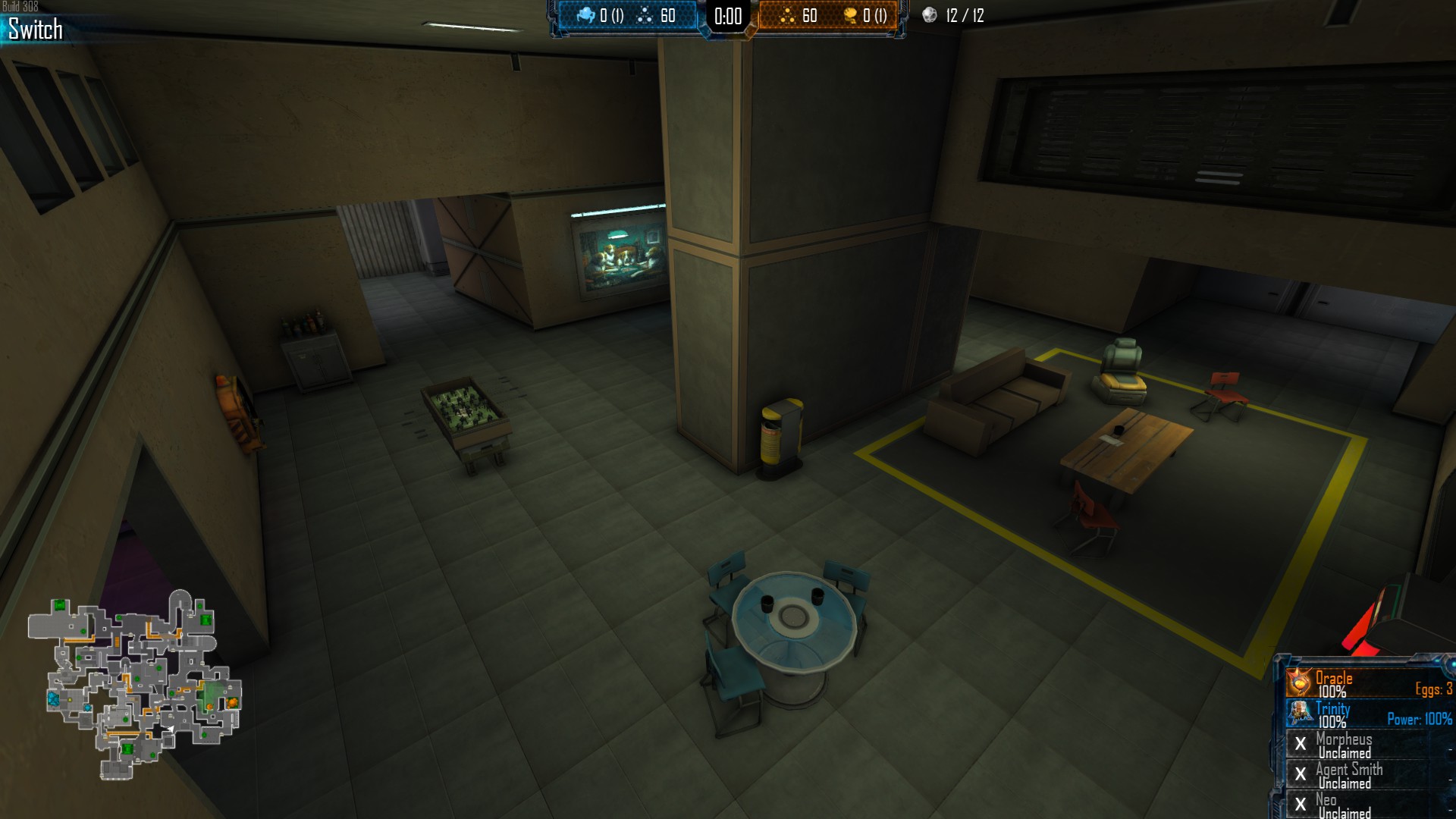 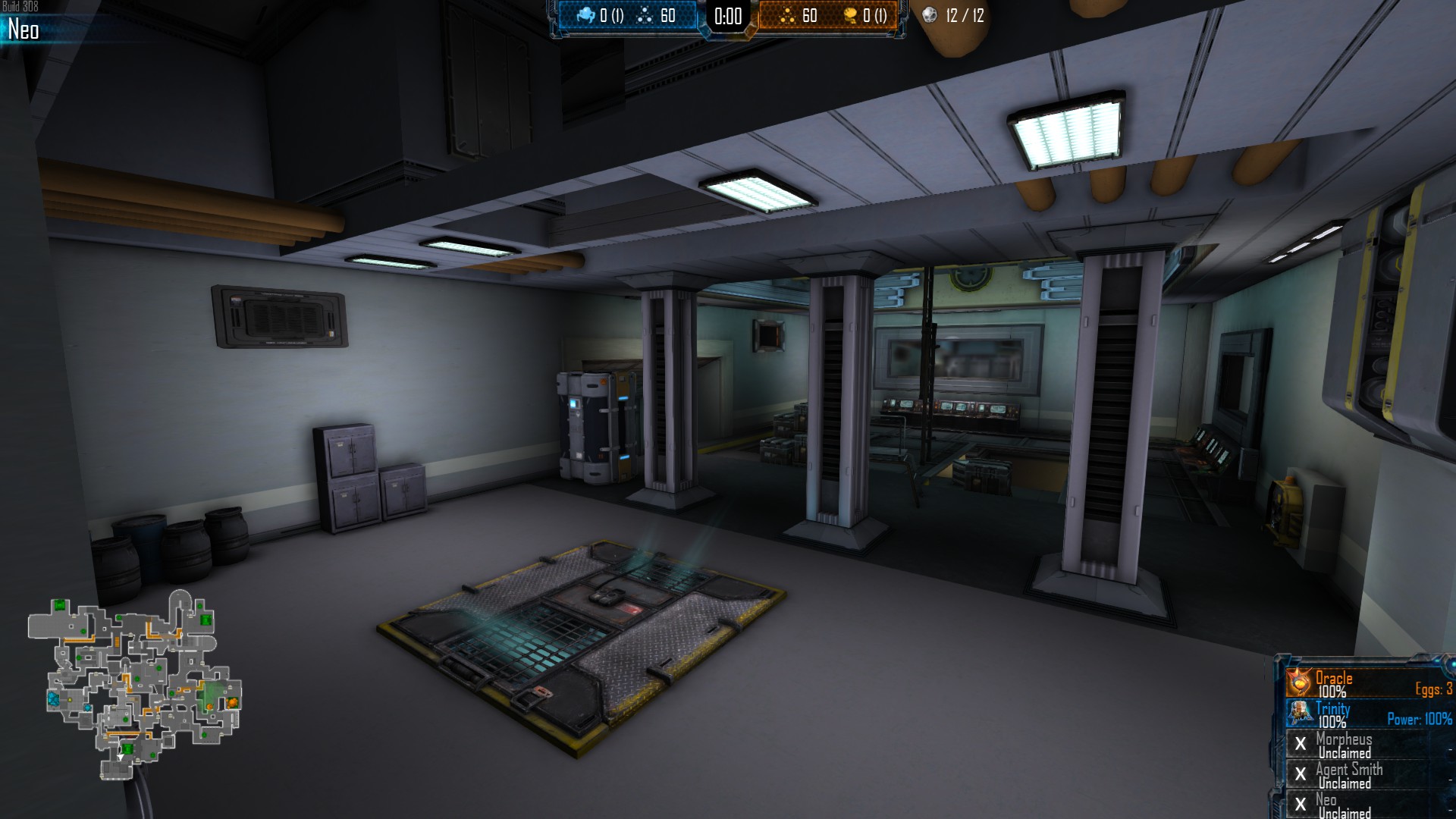