Going outside and around the side, you find a large hole in the side of the ship. A part of the wall has fallen off, making a ramp. Swimming up to the ramp and climbing into the ship, you notice it's a large cargo bay. Cargo is strewn across the room. A broken catwalk leads up to another level of the cargo bay. Going up, a lever can be found. This opens a door located near the middle of the room. Through there is three ways.

Going forward down the hall leads to six rooms. The first one to the left is Emissary Jochi Khasar's room. PDAs can be found in all the rooms. At the end of the hall is the Lounge, where passengers would go to chill. The North-Eastern wall of the middle room has collapsed, leading to the Data Drive room. It's connected to the Drive Core room, closed of with a door that an be opened. The data drives can be repaired for some blueprints.

Going down the South-Western corridor leads to some labs and the hospital. Through one lab are some vents that lead to a cargo bay. The rest of the area is connected by vents that can be crawled through.
Image: 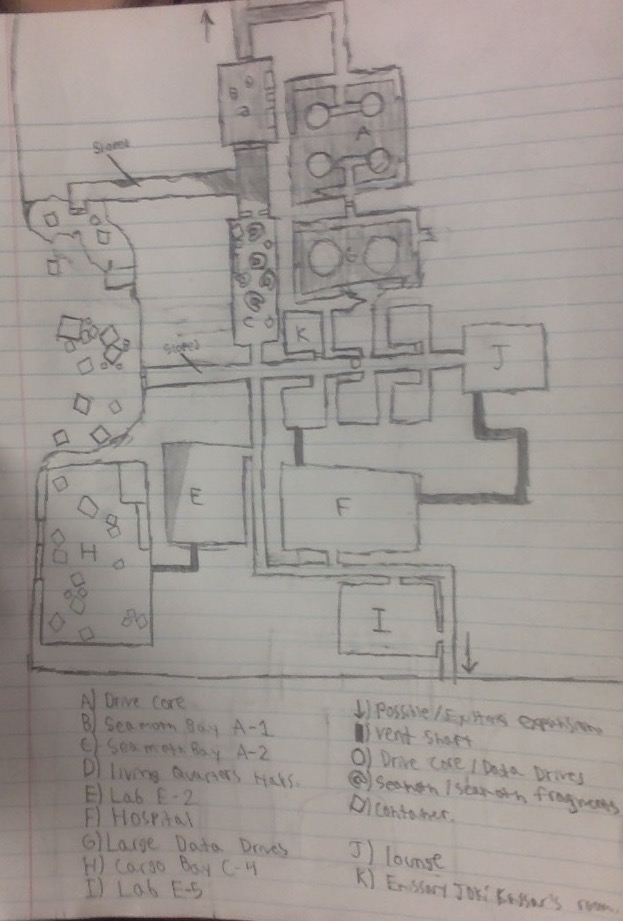