The Aurora Approach: A Subnautica Prequel Fancomic | + Other Fanart 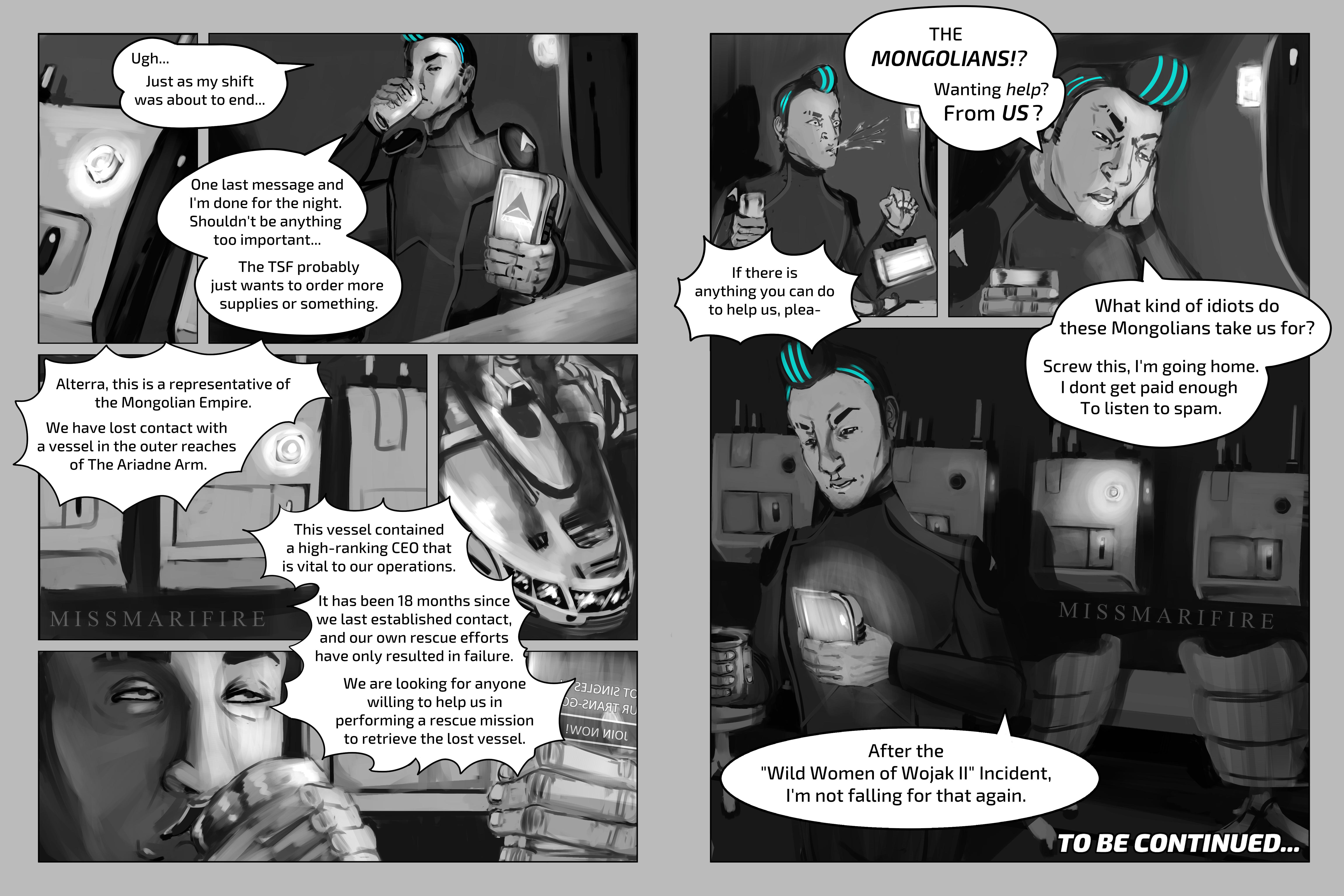 For some background about me, I used to be a relatively active artist within the WARFRAME community. Here's an art thread of mine from the WF forums if you'd like to see some of my older artwork. While that game has a place in my heart, I've decided to take a break from it to explore new horizons- and I've found myself quite at home with Subnautica. I used to play the game on and off during its Early Access, but now I've been playing it very frequently now that the full game is finally released. And, well, I've been really needing to do some fanart for the game.

The Aurora Approach takes place during the time between the Degasi's disappearance, the Aurora's construction and its journey towards Planet 4546B- starting with Alterra's first contact with the Mongolian Empire on their predicament- or at least, from the perspective of a jaded radio operator. Needless to say, that "scam" was more than he thought it'd be.

It will take what we know of Alterra, the Mongolian Empire, etc. and expanding upon it, including attitudes towards different things and the relationships that are had between both members and entities alike, and what life was like on the Aurora.
-ADDITIONAL ARTWORK-
DEAD ZONE Post edited by MissMarifire on February 2018
| THE AURORA APPROACH: A SUBNAUTICA FANCOMIC |