USAMembers Join Date: 2015-12-07 Member: 209802Posts: 49 Advanced user
January 2016 in Server Discussion
I recently contacted the dev who does the whitelisting for servers on twitter. I have a picture of the twitter conversation here: 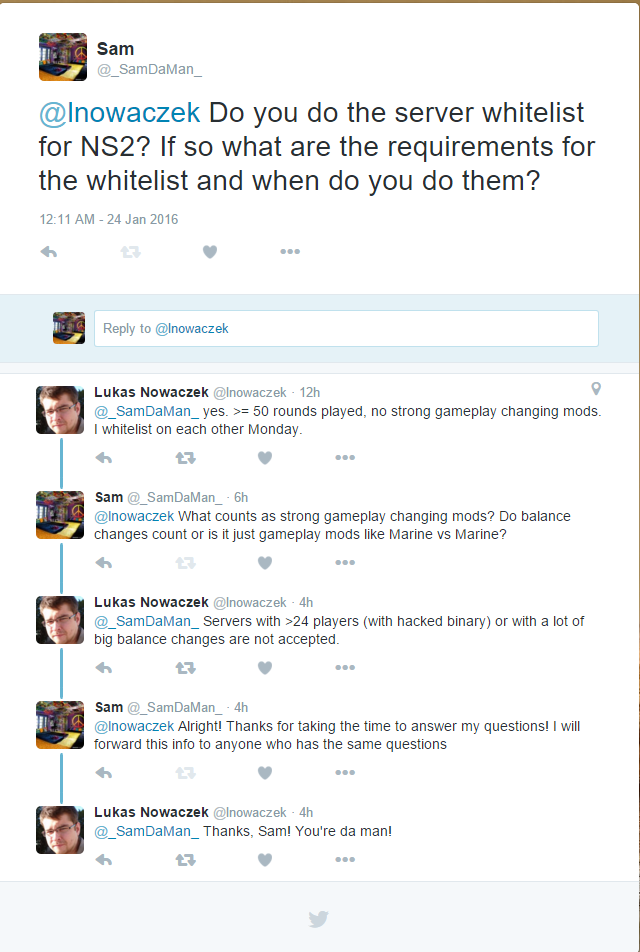